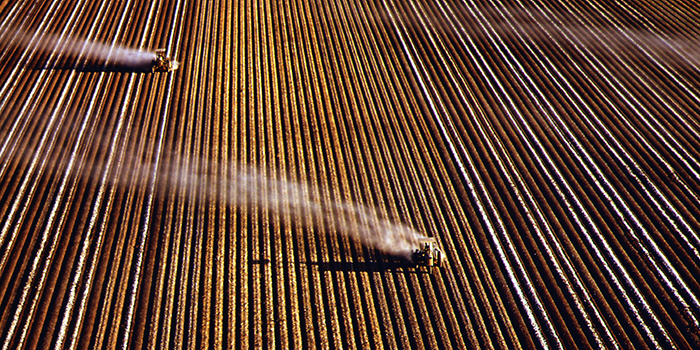 When it comes to the environment, nitrogen fertilizer is a two-edged sword. Applied in the right place in the right amount, it can dramatically increase crop productivity, reducing the need to clear more land to feed a growing population. Applied too heavily, however, it turns into nitrous oxide (N2O), a potent greenhouse gas.

Now, an international team led by researchers at the University of Minnesota Institute on the Environment has developed new data and methods that not only boost our ability to accurately estimate how much N2O is being generated by current fertilizer practices around the world, but also shows where fertilizer application could be increased or decreased to maximize the benefits while minimizing the climate downsides.

“This work represents a major improvement in our ability to develop strategies to minimize greenhouse gas emissions while maintaining global food security,” said Gerber. “Having such a detailed map of the N2O emissions associated with regions and crops helps target policy and management to achieve these multiple goals. Even more important, the improved accuracy of the new emissions model allows policy-makers to calculate trade-offs of changing fertilizer application rates in different regions.”

The release of this paper coincides with the meeting of the Subsidiary Body for Scientific and Technological Advice of the United Nations Framework Convention on Climate Change, which will be advancing the application of science to reducing greenhouse gas emissions. Co-authors include researchers from the University of Aberdeen, CSIRO (Australia), IIASA (Austria), INRA (France), the University of Hawaii, Harvard University and the University of California Berkeley.

This paper will appear in the same issue of Global Change Biology as a paper led by Lini Wollenberg of the University of Vermont on reducing emissions from agriculture.

“These studies provide great insights into how agricultural lands can both provide food and be part of the solution to reduce climate change,” said GLI co-director Paul West, who served as co-author on both studies.