Investing in watersheds: Back to basics 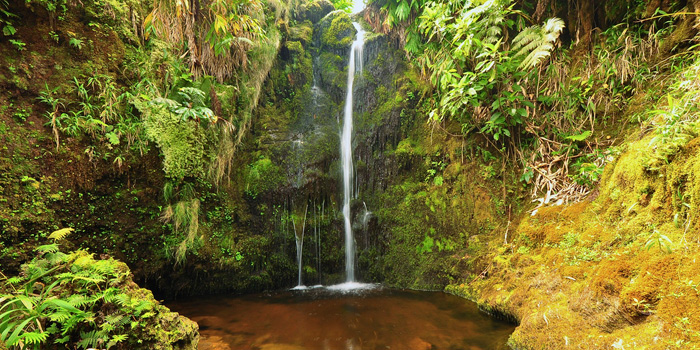 Investing in watersheds makes sense. Keeping water clean and flowing at the source is cheaper and more reliable than fixing problems downstream. It’s something people have been doing for a long time and in lots of places. Where I grew up in California there are lots of water supply reservoirs that are pretty to look at but off limits for swimming. Across the country in the Catskills watershed, New York City is paying folks to replace septic systems and keep cattle away from riverbanks instead of building a water filtration plant. And we’ve seen some pretty bad things happen when watersheds aren’t managed right, such as streams turning brown from sediment or drying up all together.

So watershed investments are hot. All over the world, governments, non-profits and businesses are getting excited about the possibility of paying residents upstream to take actions that will keep clean water flowing consistently downstream.

But are we getting what we’re paying for? And if we can improve water resources through watershed investment, what exactly should we be investing in?

We know that investments in water quality work pretty well: If you don’t let fertilizer runoff or human waste get into water, whether by restricting activities in a watershed or by building natural buffers around farms and toilets, you don’t have to remove excess nutrients or pathogens later on. There are still many questions that lots of scientists are working hard on — how big do buffers need to be, what should they be made of — but the benefits are pretty clear.

Having enough water, especially in the dry season, is the big question everybody wants answered, though. And this one’s a lot tougher. The amount of water available is determined by how much rain or snow there is in the current month or year. Vegetation can and does affect this, changing how fast water moves over the ground surface, whether it ends up in surface or groundwater, and whether it gets used up by plants or moved downstream. But since the amount of water coming into a watershed via rain or snow changes from year to year, it takes a lot of measuring and modeling to figure out how the amount of water downstream would have been different, given the particular weather conditions of the current year, if the land management had been different — especially because the effect plants have on water is often small compared to the big variations in rain and snow between years.

So I set out to measure how much changes in land cover change water availability and to calculate how much that change is worth. I did my fieldwork on the dry side of the Big Island of Hawai’i. What started as a summer project turned into a six-year Ph.D. project, the results of which were recently published in theJournal of Water Resources Planning and Management.

How do I know the effects of land cover are small? We also estimated differences in the value of landowner income, carbon storage, and bird habitat given these different land cover types, and those differences were a lot bigger. Sometimes 50 times bigger. So it’s not that managing the landscape doesn’t matter, it’s just that here it might matter more for benefits other than water. And not only that, some changes in land cover would improve bird habitat and carbon storage but reduce groundwater recharge while other changes had other combos of ups and downs, so it’s hard to optimize all three.

While not exactly the sexiest or most accessible research in the world, I think it’s cool for two reasons. First, we actually did a fully integrated, interdisciplinary ecosystem services study for water, quantifying biophysical impact and connecting it to economic value, which is pretty rare.

Second, quantifying the benefits of land management for water showed that it’s complicated! And while the specific findings from Hawai’i may not be easily transferable, the takeaway is how important it is to understand the unique biophysical and social particulars of a watershed investment project — rather than slapping on a one-size-fits-all pronouncement like “more forest.”

So what about those watershed investment projects? Colleagues and I published some guidelines in November 2014 in the science journal Ambio. In the paper, we advocate that, when considering a watershed investment, one should evaluate how the proposed change will affect key hydrologic fluxes like infiltration, evapotranspiration or erosion, whatever matters in that particular place, keeping in mind how all the weird and important peculiarities of that place could affect those fluxes The best way to evaluate a watershed investment is to take lots of measurements, to build a model and to keep track of how changes in each hydrologic flux show up downstream. But when that’s not possible, keeping track of the fluxes at the site of intervention will, at the very least, make sure the dial is being pushed in the right direction!

It’s more like getting back to basics than rocket science, but sometimes that’s all you need.

Kate Brauman is the lead scientist for the Global Water Initiative and frequently collaborates with the Natural Capital Project. Both are strategic initiatives of the Institute on the Environment .