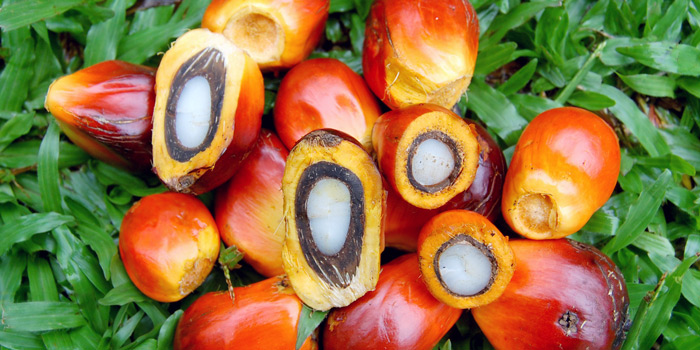 New research from the University of Minnesota’s Institute on the Environment and Stanford University shows that freshwater stream ecosystems are highly vulnerable to oil palm plantation expansion.

Kimberly Carlson, an IonE postdoctoral scholar and lead author on the study, says the research yielded some unexpected findings. “First, oil palm plantation land use seems to have a greater effect on streams than community agroforest or low-impact logging.” Researchers were also surprised to discover that a stream in a mature, closed-canopy oil palm plantation was almost as hot as, and yielded even more sediment than, a stream draining a watershed recently cleared for oil palm.

The study, published in the Journal of Geophysical Research: Biogeosciences, found that streams draining oil palm plantations can be up to 7 degrees Fahrenheit warmer and have up to 550 times higher sediment concentrations than streams draining intact forests. In Indonesia, where people depend on rivers for food and water, alteration of stream temperature and sediment levels — which may affect the health of freshwater fisheries as well as coastal ecosystems including coral reefs — could have big implications for human livelihoods.

“Local communities are deeply concerned about their freshwater sources. Yet the long-term impact of oil palm plantations on freshwater streams has been completely overlooked until now,” said study co-author and team leader Lisa Curran in a Stanford University press release.

“These plantations are huge, with an average plantation approximately 39 square miles, slightly larger than the island of Manhattan,” said Carlson. Previous work by the same group predicts that 35 percent of Kalimantan’s lowlands will be cleared for oil palm by 2020 if expansion trends continue.

IonE Global Water Assessment lead scientist Kate Brauman also contributed to the study. Carlson, Curran, Brauman and colleagues suggest that practical ways to mitigate the impacts of plantations on freshwater ecosystems may include limiting the number of roads that intersect with streams and maintaining or restoring natural vegetation cover along the edges of streams.