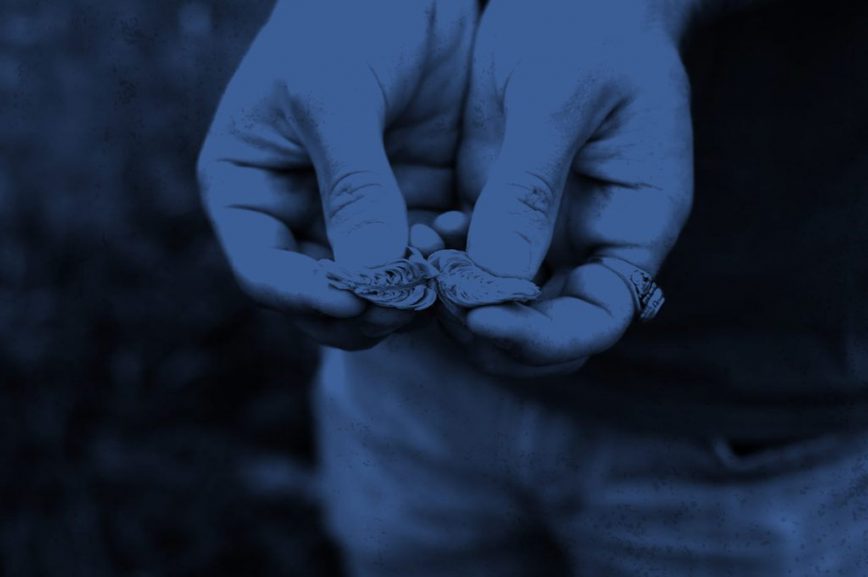 Mighty Axe Hops won an Acara fellowship in 2014.  Read this article written by Alyssa Zaczek of the Saint Cloud Times to learn about what they have been up to this season.

“FOLEY — It’s planting time at Mighty Axe Hops, and although there has been a slight rain delay, CEO Eric Sannerud said things are hopping right along.

“We’ve got 80 acres of trellis installed — 40 acres of hops planted, and the next 40 is what we’re doing now,” Sannerud said. “The harvest facility is nearly complete; it’s the finishing touches and final inspections at this point. From that perspective, it’s going pretty well.”

“Pretty well” might be an understatement: The growth of Mighty Axe Hops has quadrupled Minnesota’s total acreage used for growing hops.

The original Mighty Axe Hops location began in Ham Lake five years ago, but Sannerud and his business partner Ben Boo’s ambitions quickly outgrew that land. In June, they celebrated their one-year anniversary at their new location in Foley.

Now, Sannerud and his team will be harvesting their first batch of hops, comprised of four different varieties, in late August or early September. That harvest will yield approximately 60,000 pounds of hops — and, according to Sannerud, that’s still not necessarily enough to keep up with the demand.

“The issue is always not having enough hops to go around,” he said. “This year, most of our production is already contracted. If there’s anything available after that, it’ll be first come, first served.”

In fact, the demand for Minnesota hops is so high in contrast to the current hops acreage that the 2018 harvest at Mighty Axe will be historic: the largest hop harvest in Minnesota to date.  The Minnesota Hops Growers Association estimated it at just 20 acres statewide in 2015, making the Mighty Axe operation larger than all other hops farms in the state combined.

That 2018 harvest, which the Mighty Axe team is planting, will include five more varieties of hops: Tomahawk, Triple Pearl, Sterling, Chinook and Comet.

But don’t mistake a “hoppy” beer for being simply bitter.

“People use ‘hoppy’ to mean a lot of things, but for us it’s about the aroma, the smell the hops create. It’s not so much about bittering,” Sannerud said. “We are really focused on growing all our hops for aroma quality. When someone says that a beer is ‘hoppy’, they probably just mean that the beer is bitter, which is not really the full story, because hops also contribute to flavor.”

After the late summer planting and (very) early fall harvest, Sannerud and Boo go on a sort of “winter break.”

“(The winter) is when a lot of the beers get brewed, so we get to go enjoy the fruits of our labor,” Sannerud said. “It’s also when all the conferences are, which is great to be a part of that community.”

Sannerud said although the hop-growing community in Minnesota is small, it is a warm and welcoming group.

“There’s not a lot of other growers — there’s a large handful growing around an acre of production, and that’s really a hobby level, but beyond that, there’s really no one. But the community that does exist is fairly active with a lot of education outreach for their homebrewers.”

Education, according to Sannerud, is a surprisingly large part of his job.

“We really want to help people understand what hops are, and that they grow in Minnesota,” he said. “We do a lot of brewer education, too, because they might know a lot about beer, but not a lot about hops farming.”

Could we be seeing a local brew from the likes of Beaver Island Brewing Co. or Bad Habit Brewing Co. featuring Mighty Axe hops soon? It’s absolutely possible, according to Sannerud.

“Breweries in Minnesota are very excited about what we’re up to, very supportive. And the community is too; the neighbors are very excited. They come out to our tours, and we’re always very happy to meet our neighbors.”

A hops harvester is one of several newly installed pieces of equipment at the Mighty Axe Hops farm near Foley.

“I hope people stay in touch and follow along,” he said. “It’s been a crazy couple of years getting to this point.”

And, even if a tour of the facility doesn’t tickle your fancy, consider acres upon acres of verdant hops climbing skyward on massive trellises is certainly a sight to behold.

“Especially as the hops get established,” Sannerud agreed with a wry smile. “They’ll continue to grow and get bigger, and the fields will be very nice to look at.””