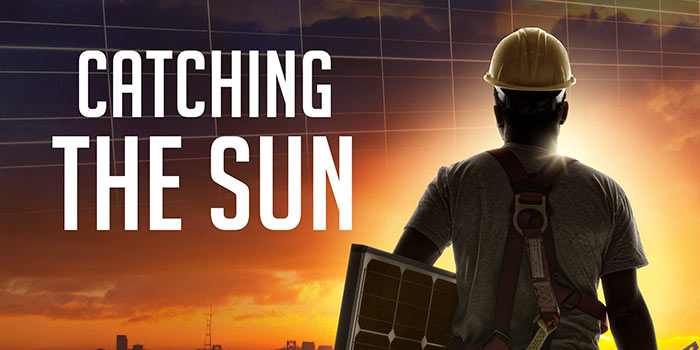 Meet the maker of Catching the Sun, award-winning filmmaker Shalini Kantayya. Catching the Sun captures the global race to lead the clean energy future through the stories of of workers and entrepreneurs in the U.S. and China. The film premiered at the 2015 Los Angeles film festival and was named a New York Times Critics’ Pick.

Filmmaker Shalini Kantayya uses film as a tool to educate, inspire, and empower audiences. he mission of her production company, 7th Empire Media, is to create a culture of human rights and a sustainable planet through wildly imaginative media that makes a real social impact. For more information: shalini.tv

This opportunity is a collaboration between the Boreas Leadership Program and the Humphrey School of Public Affairs Center for Science, Technology, and Environmental Policy.

After coffee, join us for the film:

Through the stories of workers and entrepreneurs in the U.S. and China, Catching the Sun captures the global race to lead the clean energy future. Over the course of a solar jobs training program, Catching the Sun follows the hope and heartbreak of unemployed American workers seeking jobs in the solar industry.  With countries like China investing in innovative technologies and capitalizing on this trillion-dollar opportunity, Catching the Sun tells the story of the global energy transition from the perspective of workers and entrepreneurs building solutions to income inequality and climate change with their own hands.