Menu
HomeEducationSustainability EducationCOP25Capitalism and the Climate: Fault Lines at COP25

Capitalism and the Climate: Fault Lines at COP25 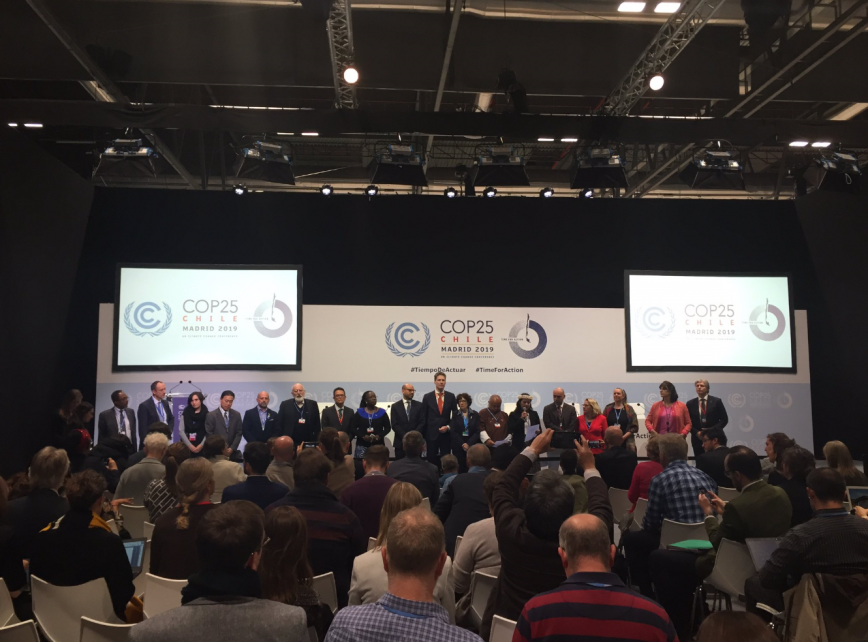 This year at the COP, youth have taken center stage for climate action. With the rise of Greta Thunberg’s “School Strike for Climate” protests which had a rippling effect across the globe, young people are demanding immediate action on climate change. Meanwhile, delegates remain deadlocked in Article 6 negotiations which are expected to establish an international carbon trading platform to implement party’s Nationally Determined Contribution (NDC) ambitions. This divide was increasingly evident at COP25 where growing frustration and anger around party-level action to date has fueled skepticism around the role of markets and elites in solving the global climate crisis. Several panel sessions I attended concluded in fierce debate between climate justice activists and economists and bureaucrats devising international carbon trading markets. Activists fear that Article 6 will be a repetition of the unsuccessful Clean Development Mechanism (CDM) component of the Kyoto Protocol. [Friends of the Earth has an informative blog post from 2008 identifying these concerns which include double counting, offset verification, and perverse incentives].

Another elephant in the room is consumerism. Several noted that rather than building more efficiently, we can simply build less. Rethinking how we equate having “more” with having a better life is no easy task, but a necessary one for designing policies and programs to promote behavioral change.

In response to these concerns, Article 6 is striving to get the rules “right”. Non-market accounting mechanisms, local knowledge, and acknowledgement of human rights have been added to draft text since its initial drafting under the 2015 Paris Agreement. As several panelists noted, the UNFCCC cannot solve the climate crisis alone, but rather act as a framework for guiding and inciting on-the-ground action. Getting the rules right is critical to ensure timeliness, fairness, and credibility of party NDCs which remains the most challenging agenda item of ongoing negotiations. While Article 6 implementation is important for widespread, standardized action, several presenters noted that bilateral agreements and private sector action could fill this gap in its absence. A lack of consensus is evident, further fueling the fragmentation among conference attendees.

In her president’s address, COP25 president Carolina Schmidt noted that the biggest crises of our time are the climate crisis and widespread social crises currently playing out in her home country of Chile. Demands for economic and social equality have reached a height at which they can’t be ignored, further exacerbated by a distrust in markets and the status quo. Recognizing this distrust is essential to communicate climate mindful initiatives while avoiding local level pushback as demonstrated by movements such as the Yellow Vests in France. Textbook ready answers do not hold up as local level solutions to the frustration of both those devising policies and those living them. My week’s experience in Madrid revealed that, in recognizing the need for urgent action, a level of humility is required to bridge current fault lines and collectively act to meet ever-nearing global temperature targets.