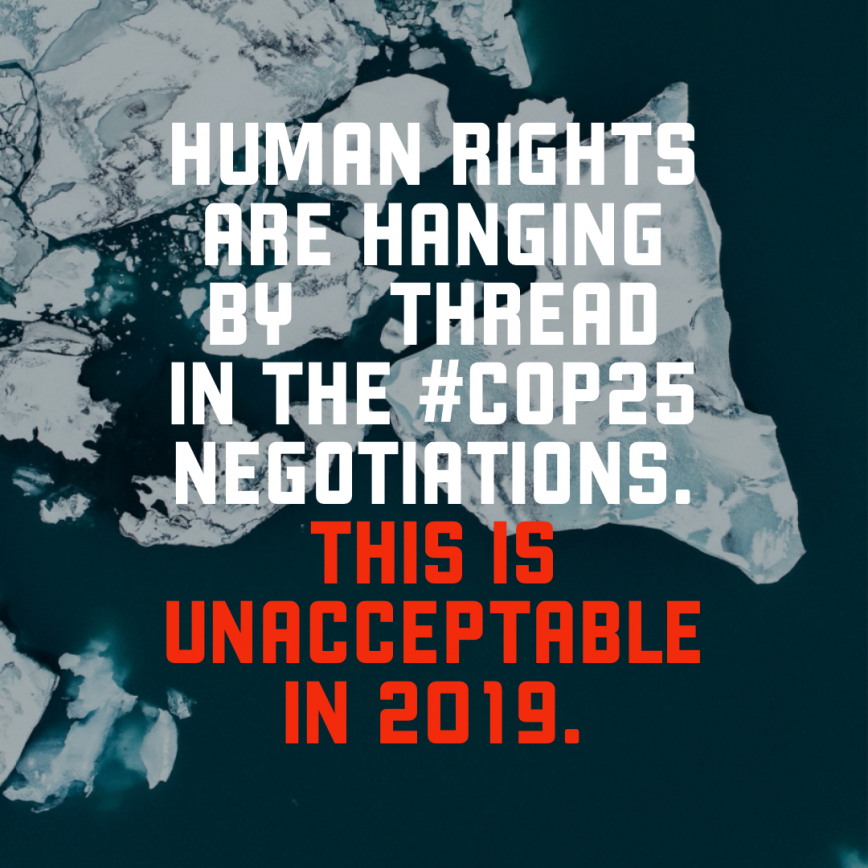 Reflections on the United Nations Conference on Climate Change (COP25) in Madrid, Spain from Kimberly Byrd, Institute on the Environment Educator at the University of Minnesota. Read this post in its original form on Kimberly’s blog page here.

I attended many sessions on human rights that called for transparency, equity, and inclusiveness in the negotiation process.

“Until then, severe inequalities will continue in terms of human rights,” said Michelle Bachelet in a session on “Empowering Climate Action,” one of the best events I attended. Rights were spelled out comprehensively: we must end the marginalization of women, children, indigenous peoples, and local communities, and determine a robust method for addressing intergenerational equity. It was a reminder that when acute climate emergencies occur in the form of floods, storms, or mudslides, a primary accident occurs, but secondary and tertiary actions like chemical spills or nuclear contamination may unfold slowly, and these also affect human rights.

Things seemed bleak in the middle of the second week of COP25, when negotiations about a just transition and human rights were not going well.

Things did not end up so well in regards to accountability, responsibility, and finance, however. NGO representatives were describing the texts coming from the negotiations as “completely unacceptable”, “extremely disappointing” and “disastrous”.

I was back in the states and still suffering from jetlag, and at 3 am on Sunday, I happened upon Ian Fry, speaking for Tuvalu in a Closing Plenary.

He directly referenced the United States: “If they get their way with the governance of the WIM, they will wash their hands of any actions to assist countries which have been affected by the impacts of climate change.” Fry said this was an “an absolute tragedy and a travesty,” and in stark words noted that denying the issue of loss and damage “could be interpreted to be a crime against humanity.”