There’s Hope: Looking to the Leadership of the Youth, Indigenous Peoples, and Subnational Governments By Revée Needham (HHH MURP student) 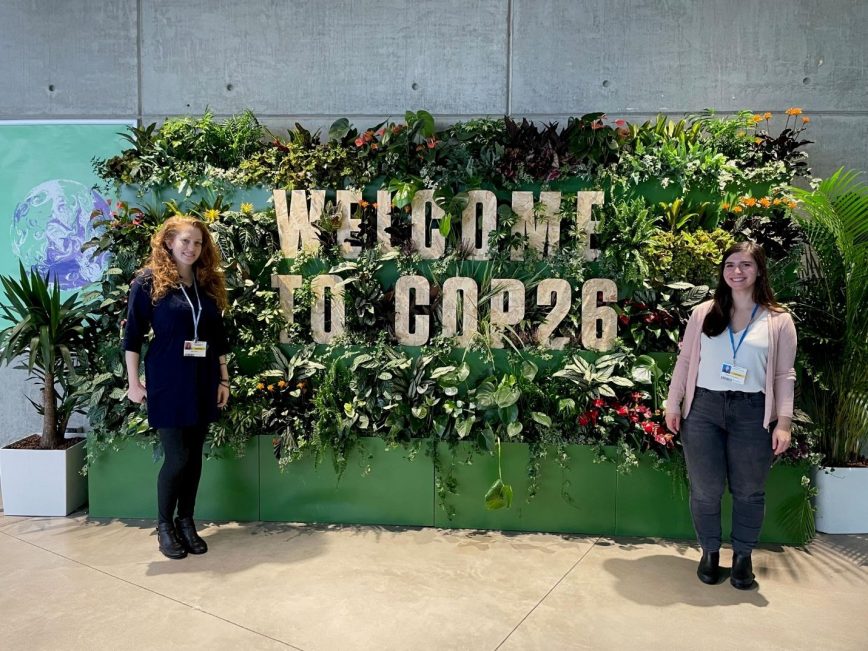 By now, you’ve seen the news coverage breaking down the results of the high-level negotiations and the disappointing COP26 agreement. I won’t delve into the details, but I do want to highlight the incredible work of those who were not included in those negotiations. I spent my time at #COP26 running from the Green Zone (no badge necessary) to “side” events in the Blue Zone and even venturing outside the “official” schedule to attend an event by the People’s Summit for Climate Justice. While these talks weren’t touted as the main event, I enjoyed them and wanted to share some of my favorite events.

Climate Justice on Turtle Island: Truth and Reconciliation for the Land and Resilience of Indigenous Traditional Ecological Knowledge by the People’s Summit for Climate Justice: This panel featured three Indigenous leaders from the Midwest with a powerful message on their fight to reclaim their land, stories, and rights. It was disheartening to hear how Indigenous peoples were excluded from the official COP26 negotiations and events, a continued marginalization of their involvement in the climate justice movement. On a positive note, this panel featured a live art performance by Stephanie Heckman, who communicated the talk in a beautiful drawing.

Check out this this and many more #climatevisualstories by Stephanie @stephaniesaloli

Climate and Environmental Justice: Youth Leading the Way in the U.S. and Beyond at The U.S. Center: As a young person, it was invigorating to hear from young climate leaders across the world and their hopes for the future. While we often get the message that you need to be older, wiser, and more powerful to make an impact, this panel proved that sentiment wrong.

The Role of Cities in Driving an Ambitious Climate Agenda at The U.S. Center: As a Master of Urban and Regional Planning candidate, I was especially eager to hear how cities are combatting climate change. This panel gave me hope that while federal and international action may be lacking, cities have and will continue to make progress.

While the national agreements were lacking, I find hope that despite it all, we will continue fighting for climate justice. Thanks for joining me at COP26!

At the Green Zone, Devin Burri, HHH STEP student, (on the left) and myself, Revee Needham, HHH MURP student (on the right).