Menu
HomeEducationSustainability EducationGCC 3011/5011: Pathways to Renewable EnergyHow can investment in waste management technologies in landfills be the answer to energy problems in underdeveloped countries?

How can investment in waste management technologies in landfills be the answer to energy problems in underdeveloped countries? 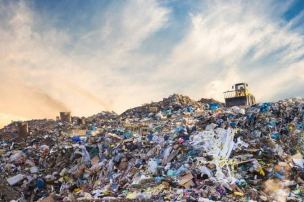 We produce so much waste that sometimes we don’t even realize the impact that our habits have on the environment. In our modern lives, garbage is an expected result that is already part of our activities: during and after a meal, after a day of work or even reading this post, if you are eating a cereal bar you are generating garbage.

According to the World Bank, waste generation rates are rising and the situation is even worse in underdeveloped countries. In 2016, the world generated 2.01 billion tons of solid waste, amounting to a footprint of 0.74 kilograms per person per day. With the rapid population growth and urbanization, world annual waste generation is expected to increase by 70% from 2016 levels to 3.40 billion tons in 2050.

The amount of waste and organic material that is not used in a productive or environmentally friendly way is disturbingly high in developing countries. And in those countries, the poorer are more impacted by unsustainable waste management. In low-income countries, over 90% of waste is often disposed of in unregulated dumps or openly burned. These practices create serious health, safety, and environmental consequences. Poorly managed waste serves as a breeding ground for disease vectors, contributes to global climate change through methane generation, and can even promote urban violence.

However, it may not seem like it, but the waste we produce as a society can also be a source of energy. That’s right, the garbage that is one of the great problems of modernity can be used to generate energy. In countries where waste production is intense and its disposal is not ideal, the use of technologies that already exist to transform solid waste can be the answer for both environmental concerns and for the supply of energy to the population. The dissemination and

To those who don’t know how it is possible, the process is quite “simple”: – The waste collected in cities is sent to sanitary landfills, compacted and landfilled.

Of course, the ideal is to globally reduce the generation of waste. But we also need to find solutions for problems that we have already caused. It is also important to say that for this type of energy generation to work in underdeveloped settings, it is necessary to take into account several assumptions both for the safety of the people who work in these places and to avoid generating more environmental impacts.

Although, these few arguments serve to make it clear that this is an option to be studied and defended by international stakeholders when discussing alternatives for the waste produced during the development process of underdeveloped communities. This renewable energy generation should be more accessible to developing countries.

Gasoline prices will influence peoples’ lives
Can YOU solve the global warming crisis?