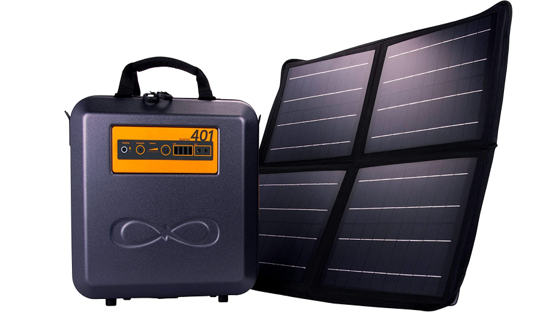 This March, I became a part of a rag-tag group of students with a passion for renewable energy that was given an opportunity to create a project that could potentially change the lives of many. Our group leader, Lizzie Ofori-Amanfo, presented an amazing idea to design a solar suitcase to give to communities that often experience electricity shortages that can last from a few days to weeks. Based on advice from Paul Imbertson – our professor – our group split up into two teams: the design group- which is planning the solar suitcase from scratch- and the premade group, which is researching past suitcases sold by different companies, both with the overall goal to produce a suitcase that is both financially viable and energy efficient.

Before we delved into designing and researching the suitcase, our group researched the statistics of creating this project. According to the Energy Information Administration, they estimate “that 14 percent of households on Native American reservations have no access to electricity, 10 times higher than the national average. Many reservations have homes scattered over large areas, far from a utility grid” (Rocky Mountain Institute). This new information was astounding to us, as most of us have grown up with a reliable source of electricity and never considered how other communities might have to deal with the lack thereof on a normal basis. We wanted to help people local to Minnesota, so we then decided to cater our solar suitcase to the White Earth Reservation in northwestern Minnesota.

With our plan now in stride, our two groups went to work creating and researching solar suitcases. I was put into the premade design group with Emma Kessler and Sulagna Sensarma, where we went through a list of some of the best rated solar suitcases. We then sorted through the suitcases based on pricing and possible uses and decided that Kalisaya KP401 KaliPAK 384-Watt Hour Portable Solar Generator System was the best suitcase for its price and uses.

The Kalisaya costs $299.99 at Home Depot, is a popular hardware store across the country, and is only 13 lbs. It includes a carrying shoulder strap, a mini Powerkit, a DC or AC wall charger, a car-lighter adapter, as well as a 40W solar panel. It is easy to set up, waterproof, and versatile with varied output ports. While we were researching, the design team was coming up with their own suitcase. We had decided that we wanted our suitcase to have chargers for phones and rechargeable batteries, as well as diodes, ways to power radios, and a DC LED for light bulbs. However, the design is still being researched and debated so the final model cannot, at this time, be fully presented.

While deciding on our two designs, we deliberated on possible stakeholders for our suitcases. Stakeholders that might have an interest in the completion of this project could be organizations like PG&E ( Pacific Gas and Electric company ), We care Solar, Minnesota Department of Commerce and Division of Energy Resources, and IPS Solar. Another stakeholder could include Patrick Delaney, who is an engineer that will be helping us with the design for this project.

If we were planning on taking this project to developers, we would hope to expand our design to locations other than the White Earth Reservation if our design is sold. In a interview with the United Nations, a representative from We Care Solar brought to light the fact that, “The lack of reliable electricity in more than 300,000 health centers around the world is a major factor in the continued high rates of maternal mortality, claiming 287,000 lives annually, primarily in Africa and South Asia.” We would hope that our solar suitcase not only helped people in Minnesota during power outages or electricity shortages, but also to more remote locations that could use that electricity for performing surgeries or other activities essential to daily life.

Register Now: Learn How to Facilitate a World Climate Simulation or Climate Action Simulation
A Cleaner Way to Get Around the U