Menu
HomeEducationSustainability EducationGCC 3011/5011: Pathways to Renewable EnergyThe World Needs a Revolution … and it’s not Nearly as Dangerous as it Sounds 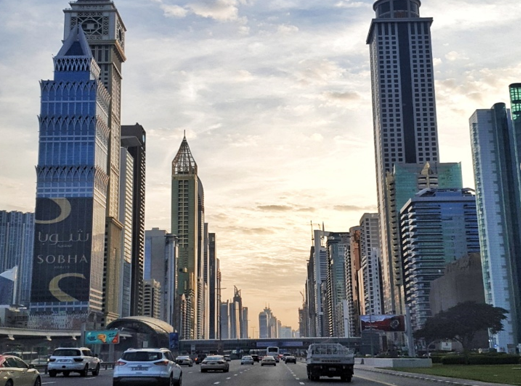 Transport is one of the major drivers of today’s interconnected economy, be it powering international trade, taking you to and from your place of work, or delivering your Christmas card to your loved ones. In the United States of America, personal transport, like cars, are near-essential to leading a comfortable life, with an American household having 1.88 vehicles available to use on average, according to the U.S. Department of Transportation. Consequently, American cities, such as Los Angeles, have long battled the pollution these vehicles create, with transportation accounting for 29% of all GHG (Greenhouse Gas) emissions in 2017. “Light – duty vehicles”, which includes most personal cars, SUVs, etc. are estimated to account for 59% of these emissions, or roughly 17% of all GHG emissions in the US.

Obviously, it was not always like this. Cars themselves were made mainstream by Henry Ford with the introduction of Ford Model T in 1908. During this time, public transport systems such as horsecars, cable-cars, and electric-streetcars were the most common methods of getting around American cities. Into the 1910s, many American cities such as New York, Pittsburgh, Denver, etc. started the construction of the various subway systems you can still find today, which were among the best in the word, and this remained the status quo until around the 1930s. Advancements in the field of automobiles meant that the cost of owning a car quickly fell to the level that a layperson could afford. Between 1915 and 1920, the number of car registrations grew 7-fold nationwide. These automobiles clogged the streets of major metropolitan areas, impacting the public transit networks of streetcars even more. To combat this, some cities started switching to bus networks, but these couldn’t carry the same capacity as that of streetcars, along with other pollution issues of the primitive automobile technology. With the advent of the Second World War came the rationing of gasoline and the switch of automakers to military vehicles. As a result, the American public flocked to the public transit systems to get around, reaching the all-time peak of public transit usage in 1946.

After the end of the Second World War, President Eisenhower introduced the Federal Aid Highway Act of 1956, inspired by the German autobahn network, which led to the formation of today’s interstate network. This was heavily backed by automobile companies, oil companies, etc. who had been advocating for the introduction of highways since the 1930s. The construction of the interstates coincided perfectly with the return of soldiers back from Europe, who were now wealthier and wanted to get their own car after their extensive use in the War and wanted to buy homes and settle down. American automakers pushed forward the vision of highways running right through cities and suburbs, which led to wealthy Americans moving into less dense suburbs farther from city centers. This pretty much broke the American mass transit system. These new suburbs were so far and so densely populated as compared to earlier, that it didn’t make financial sense to construct these long public transport lines connecting them to the city, especially since such a large percentage of people in the suburbs had access to cars for transportation.

The Federal Aid Highway Act of 1956 also had a dark side. The new network of highways running right through the center of cities led to the demolition of neighborhoods around city centers, which were often low-income and populated by the people who most needed a public transit system. Thus, people who needed low-cost rapid transit systems had to relocate further from its centers and away from existing public transit systems. A prime example of that is right across the river from the Twin Cities campus, where the construction of I-35 and I-94 led to the demolition and redevelopment of some of Minneapolis’ densest neighborhoods, as evident from the pictures below, comparing the area near the US Bank stadium from 1953 to 2014.

Of course, all this is not to say that the interstate system has not benefited the American economy and the American people. The interstate highway system vastly decreased the time it required to travel between any part of the country, cutting down the time it required to get from the East coast to the West from close to 60 days to about 41 hours today, for example. In the 1950s, however, the profession of an urban planner did not exist. The advent of new studies into the impact of these highway networks on the inhabitants of the city, including changes in lifestyle of individuals, their economic impact, environmental impact and the impact on the health of individuals, have made it obvious that there have to be better ways to handle traffic. These problems are often the result of the pollution, noise, displacement due to construction and their indirect economic impacts.

So, how do we solve this?

One of the biggest ideas is the reorganization of communities, moving away from the traditional suburban lifestyle towards more compact housing, for example, mid rise apartment buildings or townhouses, with commercial spaces for restaurants, grocery stores and other essentials on the street level. Another idea is to repurpose abandoned structures to make new offices or residential spaces. Another complimentary idea is to invest into expanding public transit systems, spanning between residential and commercial zones, such as between purely residential or purely office spaces, and also shift the general perception of public transport to a primary mode of transport as opposed to the alternative mode that many consider it to be today.

The idea behind these changes is to minimize the distance a person travels to get to their destination and back, encourage them to use their cars less, and as an extension, be more environmentally conscious. According to estimates from the National Household Travel Survey conducted in 2017, an average person travels around 39 miles a day, with 7 miles a day consumed just travelling to and from work and takes approximately 26 minutes to do so if using private vehicles. In cases of public transport, the distance travelled remains about the same, but the time taken spikes to close to 1 hour. This is likely the largest contributing reason to the fact that 76% of individuals drive alone to work. Travelling to and from work accounted for 18.4% of daily distance travelled by an individual, with shopping and errands and recreation accounting for 26.2% and 27.2% of the daily distance respectively.

With the incorporation of commercial entities like supermarkets into residential areas, it would be logical to assume that the distance covered for shopping and errands would drastically reduce, as would the distance travelled for recreational purposes, with an increased density of population in residential areas and larger areas available for parks, pools and other recreational facilities. In the aftermath of the COVID-19 pandemic, it is also likely that a percentage of people may move to largely work from home schedules, as is being theorized by various companies that could benefit by reducing the sizes of their offices, further reducing the daily distance travelled. Increased adoption of public transport would also reduce the congestion that is commonplace on today’s roads, reducing the commute time for all modes of street-based transport.

However, it is also probable that people would have an aversion to public transport, taking into consideration the closer proximity to other humans it implies and the recent COVID-19 pandemic. The reduced daily distance could also push more individuals towards electrical vehicles, seeing as range anxiety would reduce, which is cited by more than 40% of people as a reason for avoiding EVs. This would also push governments towards expanding EV charging networks. Increasing demand for EVs will also affect the pricing of EVs, likely making them more affordable.

All this cumulatively implies that the energy that the transport industry consumes will be significantly reduced and used more efficiently than before. This also makes our communities more tightly integrated, and with the refurbishment of old structures, it means that space is utilized more efficiently, with less energy consumed in their construction. GHG emissions would fall drastically, new greener infrastructure would be created to replace the outdated power generation facilities or conversely to generate more cheap power if electrification sees a massive surge, and an overall betterment of the society.

At the end of the day, however, this is all theoretical, but there are compelling arguments to be made for all the approaches and solutions proposed here. There is definitely scope for greater thought into each part of this blog post, but I hope that putting all this data together ignites the spark in the minds of at least a few individuals; engineers, urban planners, policy makers, whoever they may be, to act on the things discussed here, and improve the world for all of us.

All the sources I used are listed below.