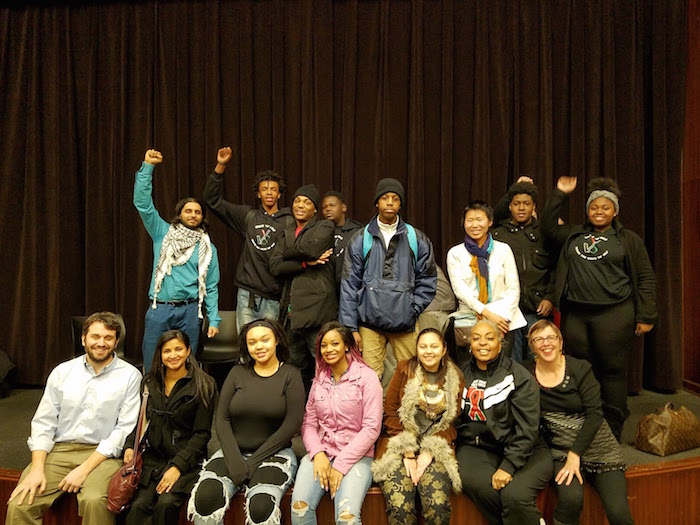 The sustainability education department’s Sustainability Film Series is meant to bring communities together to increase awareness and agency in addressing environmental issues. Films have focused on climate change, food waste, our epic trash problem, climate change refugees and the impact of our economic system on the environment.

Why would people come to see films about subjects that can be depressing and overwhelming? Unveil our grief of what we are doing to ourselves and our planet? They come because the problems don’t go away if we ignore them. We feel stronger, more connected and more powerful when we come together to learn, celebrate, mourn and act.

The series kicked off this year with Before the Flood, a film that explores the urgency of acting now to shift our energy, consumption and politics to avoid catastrophic climate change. The film laid out the scientific, physical and visual evidence and the impact on people, culture and ecosystems. We gathered a panel of city, campus and local activists to discuss their reaction to the film and provide local vantage points and solutions.

As the panel and audience spoke about the film after the screening, we talked about grief, anger, and actions we can take on a local and national level. For some in the audience, the film examined topics they are well aware of and they came for solidarity and connection. A group of students came from the High School for Recording Arts, thanks to a passionate student, Adri Cerrato, who encouraged her mentor at the school to bring the students. As the audience popcorned questions, they sat and listened. Towards the end of the discussion we reached out to them and asked what they thought and the floodgate of questions, comments and concerns opened, often focused on environmental justice. The evening ended in pools of conversation amongst the high school students, panelists and audience members with a beautiful group photo at the end.

This is why we show these films. To shine a light on reality and scope of environmental challenges and the strength of our community. Every last one of us. To be woke. Stay woke. And love and connect.

Catching the Sun will be the next film in the Spring Film Series happening March 2nd at the Bell Museum of Natural History at 6:30PM. See you there!