The sharing economy is here 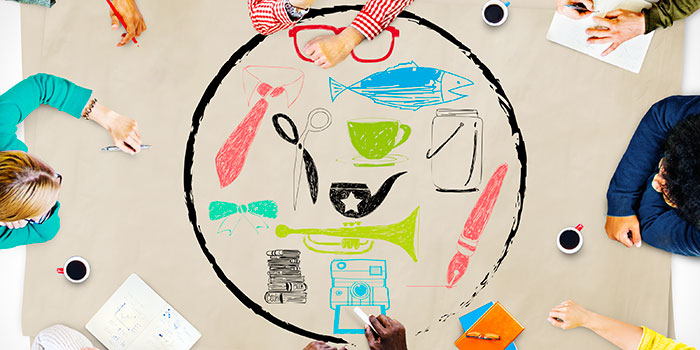 As a leader in examining cutting edge issues, the University of Minnesota is committed to fostering engagement, collaboration, research and leadership on the sharing economy through the Initiative on the Sharing Economy, which is administered by the Center for Transportation Studies and professor Saif Benjaafar. CTS hosted a two-day Sharing Economy Symposium on May 16–17 on the east bank campus, which included a research workshop and a public forum. As a student getting my bachelor of individualized studies in environmental communication, I am keenly focused on environmental issues and their relationship with our economic systems. I question the sustainability of our system of endless growth and extraction and how we can move to a circular economy that takes whole ecological and social systems into account. I attended the Sharing Economy Symposium Public Forum to see what has been happening on the ground and in policy and societal realms. Representatives from CTS, the city of Minneapolis, HOURCAR, Zipcar, Nice Ride and various academic entities were there to present research and overviews and participate in a panel discussion. CTS has made portions of the symposium available online.

To see how far-reaching and familiar the sharing economy is Laurie McGinnis, director of CTS and symposium moderator, asked the attendees if they had participated in the sharing economy and almost everyone in the room raised their hands. AirBnb is now the number one hotel in the world in the number of sales per day, according to professor Saif, who also pointed out China Mobile letting users share data, Ford starting a peer-to-peer car sharing system and Stratasys, a local 3D printer company creating a print sharing hub, which has one hundred users in a twenty mile radius of Minneapolis. There is no doubt that the sharing economy is here!

According to Saif Benjaafar, promises of the sharing economy are income generation, access, sustainability, positive social interactions, flexible employment, higher levels of service by matching supply and demand, innovation and entrepreneurship. Local examples such as the Northeast Minneapolis Tool Library and the Minneapolis Toy Library, as well as designer clothing, pet and car sharing services create access, emphasize sharing over ownership, reduce environmental impact by reducing production of goods and create community. The average electric drill gets used fifteen times in its lifetime, cars are used for less than 5 percent of their lifetime, and children move quickly through development stages and appropriate toys. Sharing economy outfits are taking advantage of excess capacity, online platforms, increased population density in ever growing urban areas, the drive for sustainability, and a shift in attitudes from selling a product to selling its functionality.

Challenges of the sharing economy include questions of labor practices, data collection, regulation, equity and access, shifting corporate liability to personal liability and oversight. Access to car sharing services for families and people with disabilities, impact on public transportation, and racial bias in AirBnB where renters with African American names are more liable to get rejected as renters, were a few of the challenges brought up by presenters and attendees. These and other associated issues merit research to understand the societal, environmental and economic promises and perils of the sharing economy.

Tom Fisher, Dayton Hudson Chair in urban design and director of the Metropolitan Design Center in the College of Design, began his luncheon presentation “Living, Working, and Moving in the Sharing Economy” with the idea that the sharing economy resonates deeply with our tribal psyche. He believes the rapid urbanization that is occurring globally is not just driven by economics but by our shared environmental predicaments. Crises tend to drive humans closer together not drive them apart. When I asked Mr. Fisher about the future of the circular economy paired with the sharing economy as tools to address climate change and other environmental issues he stated that as one of the youngest species on Earth, humans are demanding of our natural systems and one of the “stupidest” creatures, being the only species that creates trash in their life cycle.

We are however, in the face of global environmental peril, beginning to see our natural world as a collaborative system and focusing on abundance rather than scarcity. The sharing economy is predicted to grow, provide opportunities and eventually equal the traditional rental economy by 2025 at $335 billion, as it absorbs excess capacity and waste from our recent capitalist history. Shopping malls are closing at the rate of 10 percent per year as we look for experiences not just consumer goods. A special report from The Economist, “A Third Industrial Revolution”, predicts that mass customization will replace mass production, highlighting the tribal and localized economy that is inherent in the sharing economy as the digital revolution places technology in the hands of more and more ordinary citizens. An example of this is the communities providing online 3D printing in what The Economist article called “social manufacturing.”

It is heartening to see the circular and sharing economy become a more normalized part of our cultural lexicon and societal practices. They pave the way for a richer more sustainable relationship with each other and the chance to heal our relationship with the natural systems we rely on. Who knew how quickly aspects of the sharing economy such as Hourcar and AirBnb would grow? I see it as a sign that our culture is ready to shift away from ownership to access and sharing, and from one-way extraction to systems thinking. Policy, political, revenue stream and equity challenges of the sharing and circular economies will continue to manifest themselves and demand our attention and action. Let’s hope our maturity as a species manifests the best aspects of both as we navigate our way through the uncharted territory of climate change and globalization.

Check out the Minnesota Sustainable Growth Coalition, a partnership of businesses and organizations focused on defining, developing and telling the story of the circular economy.

Stay tuned to IonE for an announcement on a Frontiers in the Environment circular economy event in the fall of 2016, sponsored by the Minnesota Sustainable Growth Coalition and the Institute on the Environment.