Menu
HomeEvents5 things we learned about how to recycle everything

5 things we learned about how to recycle everything 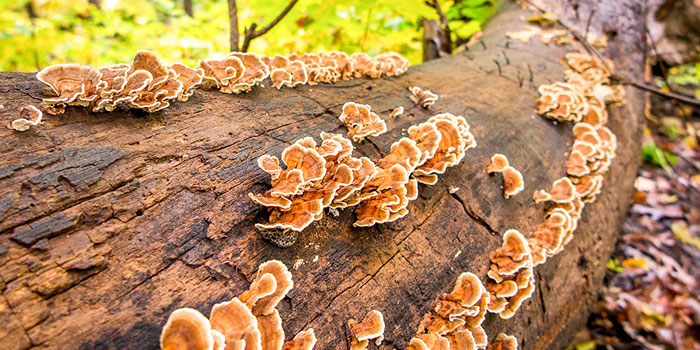 Waste: the word can be used as a noun, an adjective and a verb. As currently configured, human society makes a lot of waste.

But for many other parts of nature, that’s not so. That was a core message from College of Biological Sciences biotechnology researcher and IonE fellow Lawrence Wackett, who spoke at Frontiers in the Environment February 24.

Wackett pointed to the dung beetle, an insect that literally lives on other organisms’ waste. If humans could emulate such natural systems, he contended, we could one day learn to recycle everything. Here are a few items he touched on:

1. Innovative recycling that turns a profit will be readily implemented. Wackett talked about an experience he had while consulting for Dow Chemical Company. Dow is a major producer of the chemical epichlorohydrin, making more than a billion pounds of it per year. For an operation of that scale, the company got a good yield: 97 percent of the material it put in ended up as epichlorohydrin. But 3 percent of 1 billion pounds is still 30 million pounds — massive waste. Dow had to pay for those raw materials, for landfilling the waste and potentially for legal liabilities surrounding it. But the company’s biotechnology group members devised a solution: Using a specific enzyme, they could remove a chlorine molecule from the waste, replace it with a hydroxyl group and get epichlorohydrin. They found a way to turn their waste stream into the final product, a process quickly embraced by Dow’s top brass.

2. Recycled carbon dioxide can serve human uses. With climate change on a runaway track, the greenhouse gas carbon dioxide is an ever-present problem. One way to deal with it, Wackett said, is to find a way to recycle carbon dioxide. For example, the traditional fermentation of sugars to ethanol wastes half of the original material as CO2. One improvement would involve converting ethanol to ethylene oxide and hooking CO2 back on to create a needed material, ethylene carbonate. That chemical, a green solvent, piques the interest of industry, with demand for it jumping about 10 percent each year. Other potential products of recycled CO2 include polymers, methanol fuel and even cement.

3. Bacteria-like nitrogen recycling holds promise. Near the dawn of the 20th century, researchers concocted the Haber-Bosch process to suck inert nitrogen out of the air and transform it into ammonia, a compound that’s necessary for fertilizing crops that feed the world’s more than 7 billion people. That procedure now forms a dominant part of the global nitrogen cycle: Half of the nitrogen in your body went through the Haber-Bosch process. But the process has negative ramifications: it requires lots of energy, thus using lots of fossil fuel. And the current practice of nitrogen plant fertilization produces nitrate runoff that can harm aquatic ecosystems and human health. But the natural world holds clues for a fix. Bacteria in the nodules of leguminous plants make ammonia from nitrogen gas, fertilizing their hosts. Some researchers are starting to examine how we could engineer bacteria that fix nitrogen and feed all kinds of plants — not just legumes. If scientists can work it out, it would be a major victory in the fights against climate change and nitrate runoff.

4. Capturing diffuse phosphorus from ecosystems could address a global problem. Most of the phosphorus we apply to crops comes from phosphate rock, which is mined in a handful of countries worldwide. With its lopsided geographic distribution and the possibility that it’ll run out, phosphorus has people scrambling for alternative sources. Wackett said relying on traditional physical and chemical means to capture and recycle phosphorus might require high fossil fuel use. One solution, then, comes from a colleague of his in biochemistry, Mikael Elias, who is interested in how bacteria sequester phosphorus in depleted environments, such as lakes starved for the element. These bacteria have a specific binding protein and pump that draws phosphate into the cell, and Elias looks to use bacterial phosphate acquisition from dilute waters to help recycle this required nutrient for crops. The research is at an early stage, but if it pans out, it could find use in wastewater treatment plants (to take one example), turning sludge into a valuable fertilizer commodity.

5. These ideas are just ideas — they need implementation. Help could come from many corners: Political leaders could create incentives and regulations to spur development. Social movements could demand this environmental change. Technological advances could push these ideas forward on their own. Economic factors could make these ideas feasible in the private sector. Whatever the specific combination of events, we can’t just sit back and hope things sort themselves out. To really embrace the next level of recycling, we’ll need to seek change on many fronts.