Menu
HomeNewsBiodiversity is the spice of life

Biodiversity is the spice of life 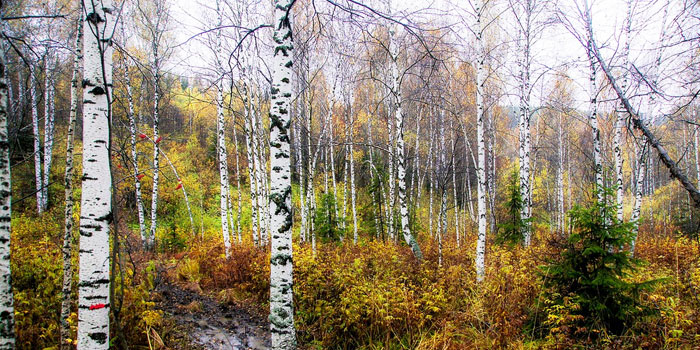 Variety is the spice of life, it has been said. In the plant world, variety, or biodiversity, is the stuff of life, literally influencing the health of natural environments. Due to land use change, nitrogen pollution, invasive species, and climate change, diversity is decreasing in many kinds of vegetation, driving down plant productivity and the ecosystem services plants provide, according to emerging research.

IonE resident fellow Peter Reich, a Distinguished McKnight University Professor in the College of Food, Agricultural and Natural Resource Sciences, has been studying plant biodiversity and its role in ecosystem services such as carbon sequestration, productivity (production of plant biomass) and resilience to disease for 20 years.  He says that “plants — both terrestrial and aquatic — provide about $50 trillion in ecosystem services” and that, without them, none of us would be here.

“This work is important in helping us better understand the value of biodiversity and how it can help us anticipate and build resiliency in the face of climate change,” says Reich, the co-author of three recent studies that found that human impacts threaten ecosystem stability and services worldwide.

In one study published in the April 2015 issue of Science, researchers studied data from 12 multiyear experiments at Cedar Creek Ecosystem Science Reserve and found that manipulation of nitrogen, carbon dioxide, fire, herbivory and water all influence the stability of production through their influence on biodiversity. Study authors, including researchers Eric Seabloom and Elizabeth Borer, co-leaders of the IonE-affiliated Nutrient Network and associate professors in the College of Biological Sciences, found that more diverse ecosystems are more stable, regardless of what influences diversity. Unfortunately, many human drivers of change, such as nitrogen pollution or land use change, reduce stability by reducing biodiversity, in addition to other potential adverse effects.

In a second study, published in the May 2015 issue of Proceedings of the National Academy of Sciences,Reich and colleagues demonstrated the importance of biodiversity to the productivity of boreal forests, and added both practical information about the value of individual species in maintaining productivity and new theory by incorporating ideas from economics into a mechanistic model of how biodiversity influences productivity.

A third study, published by Reich and colleagues in the February 2015 issue of Nature Climate Change, showed that climate warming reduces the growth and competitive abilities of boreal conifers like spruce and fir in the southern part of the boreal forest that stretches across the Great Lakes region and further east and west.  Their reduced abundance would diminish the diversity of these forests, which are likely to become increasingly dominated by broad-leafed species, including invading oaks and maples, as well as the native aspen and birch that are more tolerant of warming than spruce and fir. That diminished diversity is likely to result in the kinds of negative impacts discovered in the two other papers.

Reich notes that “negative impacts of different human influences on plant communities just makes it all the more imperative that we manage forests and grasslands with diversity in mind, to help keep them healthy and providing the services we rely on.”

Reich’s biodiversity research was the basis for a $1.4 million U.S. Department of Energy grant to fund a project that will improve how physiological and functional diversity are represented in models of the global carbon cycle and climate systems. This work involves collaborators at Oak Ridge National Lab, Australia, and Germany, as well as IonE resident fellow Arindam Banerjee, associate professor in the College of Science & Engineering.