Biomass and solar energy expansion could add over 2,000 jobs to NE Minnesota economy 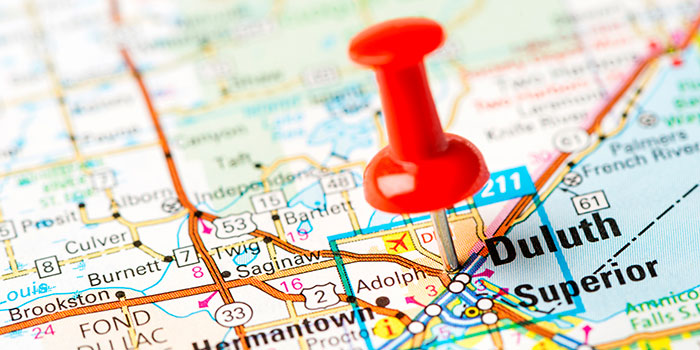 Over 2,000 new renewable energy jobs could be added to the Northeast Minnesota / Northwest Wisconsin economy if a range of biomass and solar projects come to fruition according to a new report titled “Duluth’s Energy Future: Economic Modeling of Proposed Biomass and Solar Initiatives.”

Among the reports key findings:

“This report shows how investments in biomass and solar projects today could result in future economic, employment and environmental benefits across the region,” said Ellen Anderson, executive director of the Energy Transition Lab. “Additionally the energy and products mentioned in the report will be produced by local resources rather than imported fuels.”

“It is important for the State to be considering new economic options as the mining sector undergoes transitions,” said Monica Haynes, Director for the Bureau of Business and Economic Research. “These renewable energy jobs could prove to be very beneficial to the Arrowhead region.”

The report has been shared with key Minnesota legislators, Duluth-area elected officials and a number of other local stakeholders in the region.

The Energy Transition Lab is a strategic initiative of the University of Minnesota’s Institute on the Environment in partnership with the Office of the Vice President of Research and the Law School. For more information, visit energytransition.umn.edu.

The report was made possible by funding from the McKnight Foundation. Duluth Energy Systems, Ecolibrium 3, the Great Plains Institute, Innovative Power Systems (IPS) and the Natural Resources Research Institute (NRRI) contributed data to the analysis.