Menu
HomeNewsBoosting nutrients gives a leg up to invasive species

Boosting nutrients gives a leg up to invasive species 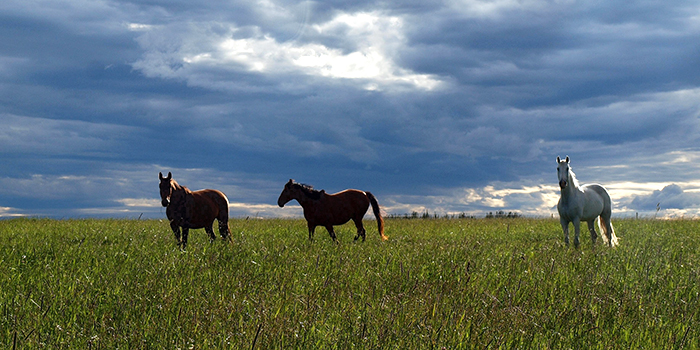 U of M researchers conduct global grassland experiment to gain unprecedented insight into differences in the way exotic and native plant species operate.

This article is reprinted with permission from the College of Biological Sciences.

Species invasions come at a high cost. In the United States, the annual cost to the economy tops $100 billion a year and invasive plant infestations affect 100 million acres. While it’s tempting to focus attention on headline-grabbing cases of exceptionally fecund flora such as the kudzu vine, also known as “the vine that ate the South”, basic questions remain about how and whether exotic species are functionally distinct from native species and why they tend to take over when introduced into new environments.

A new study, led by University of Minnesota College of Biological Sciences researcher Eric Seabloom, addresses that gap, drawing on data collected at 64 grassland sites in 13 countries. Published in the July 15 issue of Nature Communications, the global study pinpoints functional differences in exotic and native plant species that contribute to the familiar narrative of out-of-control invasive species.

Seabloom, Elizabeth Borer and colleagues at the University of Minnesota and around the world, tested the responses of both native and exotic species to two fundamental drivers of invasion linked to human activity — the availability of nutrients needed by plants to grow, like nitrogen and phosphorus, and the density of herbivores that are eating plants. They found that species origin matters — where exotic species thrive on added nutrients (e.g. fertilizers), native species decline in abundance and diversity.

“What we found is that if you add nutrients, the only species you lose are the native species,” says Seabloom. “The same is not true for exotic species, which become more abundant when you add nutrients” he adds, “so we are basically giving preferential treatment to exotics by increasing nutrients through our use of fossil fuels and agricultural fertilizers.”

However, if herbivores are added to the mix, it tips the balance back toward light-hungry native species. Grazing animals effectively cut back on shade creating plants and create more favorable conditions for native species to thrive.

The researchers leveraged the global reach of Institute on the Environment’s Nutrient Network, an ecology research network that includes 80 grassland sites in 20 countries, to develop their findings. Seabloom and Borer founded the Nutrient Network as a way of conducting standardized experiments across disparate grassland sites to understand the effects of fertilization writ large.

“The key thing about this study is we collected data in a very standard way from a lot of sites around the world,” says Seabloom, noting that previous studies have provided wonderful, detailed data at a few sites or on a few species, but it is difficult to compare the work due to the different methods. “There are a lot of species involved. We wanted to understand not only which species were present, but their abundance and their response to human disturbance.”

The study was funded by the National Science Foundation and IonE.