Menu
HomeNewsClimate adaptation is crucial, but how much will it cost?

Climate adaptation is crucial, but how much will it cost? 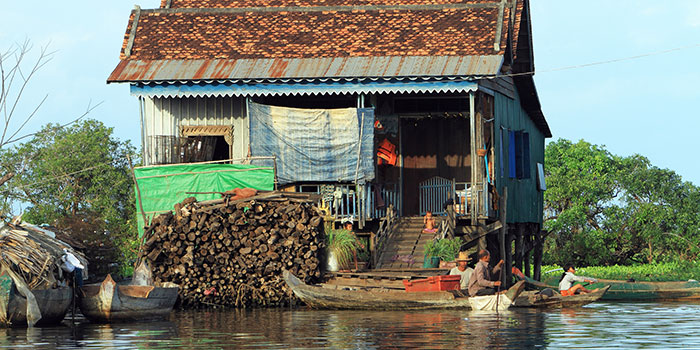 Most of the international and scientific community knows that adaptation is a vital part of how the world will confront climate change. Gone are the days when we worried that adaptation was a distraction from mitigation. Now we know the two concepts go hand in hand. Climate change has started and will continue for coming decades, thanks to the greenhouse gases we have already emitted, and continue to emit. On the other hand, adapting to the extreme climate change that would come about if we carried on with business as usual would overwhelm adaptation in much of the world.

While there is broad agreement that adaptation (and therefore money) is needed, there are many aspects of adaptation that remain quite murky. Several of these have been discussed at COP 21 over the past few days. To make progress in reducing the effects of climate change worldwide, we will need to rapidly overcome these adaptation shortcomings.

We have no idea how much adaptation will cost, beyond expecting it to be a lot. In 2010, the World Bank released a report suggesting that by 2050, adaptation might cost between US$70 billion and US$100 billion per year.

At a COP 21 session on finance, the United Nations Environment Programme announced that the World Bank’s numbers could even be underestimates, once you factor in all sectors and look beyond the middle of this century. In some respects, this does not matter because public commitments to adaptation internationally are just a small fraction of either estimate anyway.

So here, broadly speaking, is what we know (and don’t know) about climate adaptation so far:

Some costs of adaptation remain unaccounted for.

Some costs are easier to estimate than others. For example, we can readily estimate the cost of increased fertilizer use or reinforcing buildings and infrastructure. But we know that climate change will also undermine the resilience and functioning of natural ecosystems that provide essential services.

The costs of shoring up, relocating or reintroducing those services is largely unknown. Furthermore, according to UNEP, only 14 percent of adaptation spending is currently directed to natural resource management. Most of it currently goes to agricultural projects. We will need to expand those expenditures to ecosystem restoration and preservation.

We lack ways to evaluate the success of adaptation.

International agencies have a long track record of evaluating development activities by collecting data where projects are implemented in comparison to areas where they are not. In theory, this method can be used to evaluate adaptation projects as well, but the timescale of adaptation is different than traditional economic development. In adaptation, the environment will be different at the start of the project than at the end, and we will want to know not if the project has improved on the original situation, but rather whether it is durable under future conditions. We must develop new standards for judging when adaptation activities have been successful.

Adaptation actions are not yet helping vulnerable people.

McGill University researchers reported two interesting results from their study on country-level adaptation activities, based on reporting provided to the United Nations Framework Convention on Climate Change each year.

First, they found that the wealthier a country is, the more it spends on adaptation. This suggests that adaptation activities may be limited by the availability of funds.

Second, they found that high-income countries are making little or no progress on adaptation for vulnerable populations, including the poor, the elderly and indigenous groups. The poor and vulnerable will need the most adaptation so this apparent inequality will need to be fixed.

There still is disagreement about what adaptation even is.

It is all the extra effort that we will need to put in, thanks to climate change, to achieve the recently announced U.N. Sustainable Development Goals.

The Sustainable Development Goals invite us to end hunger, deliver clean water to people around the world and protect vital ecosystems. It will take the best of humanity to achieve these goals, and climate change will make getting there even harder. We will need climate change adaptation to reach these goals, and we need to understand adaptation better to do it right.