Menu
HomeNewsDirector’s Almanac: A postcard from the renewable future

Director’s Almanac: A postcard from the renewable future 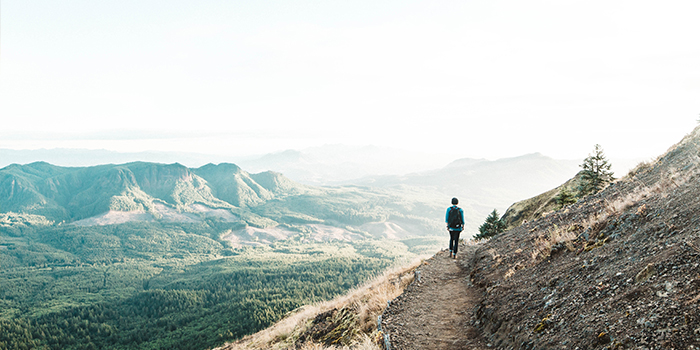 The Institute on the Environment is dedicated to bringing about a future where people and planet prosper together. (Is it possible for me to say that too many times?!) And one essential element of a sustainable future is clean, renewable, and reliable energy — energy that is affordable for everyone and brings new opportunities for economic development and human thriving.

In Minnesota, we are already leading the nation in the renewables revolution, thanks to forward-looking electric utilities, an ambitious state renewable energy standard, and abundant renewable resources such as wind. But another key ingredient to the clean energy economy — one that cannot be overlooked — is people. People who will do the testing, coalition-building, and deployment of new technologies and new business models. Because decarbonizing the economy is not an easy task. Energy leaders will need knowledge and expertise; they will need to be nimble and creative, both technologically and economically; and they will need to work collaboratively, across disciplines, sectors, and communities. We work to build these people — inside and outside the university — at IonE.

All of this background leads me to the subject of this month’s blog: an IonE travelogue from one of the world’s top renewable energy producers, Germany. This month I offer a postcard from the future, a future you can find today just a plane ride away.

IonE has a grant from the German government to support education, outreach, and renewable energy demonstration projects, and this grant supports bringing a delegation of Minnesotans to Germany to experience the energiewende (or energy transition) firsthand. The grant and its associated program are run by our own Sabine Engle.

The United States pales in comparison to Germany and many other parts of Europe in renewable energy production and reinvention of the energy economy. For nearly two decades, Germany has been committed to transforming its economy, building out gigawatts of new, clean electricity, while also advancing energy efficiency of buildings and rolling out “e-mobility,” in the form of electric vehicles, rail, car sharing, and commuter biking. Why are they doing this? To shut down their nuclear power plants — a social imperative arising from Fukushima — and to substantially reduce their greenhouse gas emissions. This German energy revolution hasn’t been without some bumps along the way, but the energiewende has allowed the country to stay in front of the international technology race.

Here in the United States, we owe a debt of gratitude to Germany because its government-backed incentive programs created a new, countrywide market for renewable technologies. And this rapidly increased the supply of new, cost-effective technology for the rest of the world. That we can build wind and solar electricity generation in the U.S. for the same — or even lower — cost than coal or natural gas plants is thanks, in part, because of the German people, their ambitious green energy plans, and the early-adopter costs that they incurred.

Our 18-person delegation started our adventures in Munich, the economic and political capital of Bavaria, a German state near the border with Austria. Bavaria is one of the most conservative parts of Germany, a region with strong religious beliefs and rising nationalistic and anti-immigration sentiment. Yet Bavarians strongly support renewable energy with wide endorsement for energy transition among their conservative politicians.

There we visited with the state government and met with MunichRE, one of the world’s largest reinsurance corporations. The reinsurance industry — if you are not familiar with the term — insures primary insurers, and in so-doing, provides financial backing for thing such as clean energy assets and renewable development projects. MunichRE is also on the front lines of confronting global financial risks caused by climate change. 2017 was the most expensive year MunichRE has ever experienced, with growing insurance claims from extreme weather around the world.

We also visited a small Bavarian town called Wildpoldsreid, which reinvented itself with renewable energy, making money for its farmers and small businesses and financing capital projects such as a new kindergarten. Wildpoldsreid’s transformation all started with eight wind turbines in the 1990s and now includes a biogas plant and a community microgrid that supports electric vehicles, rooftop solar, and battery storage. Here and across Germany, electric reliability consistently beats the United States with fewer than 12 hours of outage on average per year. Ensuring that reliability despite the intermittency of renewable energy sources like wind and solar has been a challenge that the Germans have proven can be overcome.

In the outskirts of Munich, we also visited a municipal geothermal plant (above) that supplies heat to businesses and homes and generates electricity. One of the major challenges to overcome in building a renewable energy future in cold climates like Germany and Minnesota is carbon-free home heating. Southern Germany is blessed with hot water deep underground that is naturally 160 degrees Fahrenheit, and they have found ways to tap this renewable resource at a large scale.

From Bavaria, we hopped on a high speed train powered by electricity, whipping through the German countryside — riddled with solar panels and wind turbines — toward Berlin. Our first stop in the capital city was the German Foreign Office, where the Bunderstag (German parliament) hosted a dinner of our Minnesota delegation and German guests.

This year’s seminar focused on the benefits of renewable energy for rural economies, so during our time in Berlin we also took a day trip to a farming community near the Poland border. This photo shows the delegation at a dairy farm that pumps its cow manure to a biogas digester that feeds electricity on to the grid, generating income for the farmer each month.

That day ended at the home of a friend and colleague of IonE, Gerard Reid. The co-founder of Alexa Capital, which specializes in the energy sector, Reid invited local business owners to join us for dinner, where Connexus Energy CEO Greg Ridderbusch had a chance to talk about his solar and storage projects in the north Metro of Minnesota. Above, you can see Greg sharing his insights, while the locals and our Minnesota delegates look on, including the former public utilities commissioner, Beverly Heydinger, state Senators Julie Rosen and David Senjem, and the commissioner of agriculture, Dave Fredrickson.

We had a full schedule, visiting dozens of agencies and sites, but we had some time for fun too. Here the NRRI’s Rolf Weberg shows off the rented bike that he used to tour Berlin one afternoon. An app on your phone allows you to find a bike, rent it and return it. The perfect way to get from point A to point B on a beautiful afternoon in a carbon-free way – a perfect ending note for another successful exchange with Germany.

Part of what is special about the Berlin Seminar on Energy Policy is the extraordinary access our delegates have to German decision-makers  – and the remarkably frank assessment these leaders share about Germany’s successes and failures. We also shared with them aspects of energy transition that are working in Minnesota – including a robust electrical grid that can move electrons generated from renewable sources to a wide area and aggressive closure of greenhouse gas-polluting coal plants. By sharing ideas and experiences across countries, we build relationships to support one another on the journey toward a clean energy future.

Check out our 2018-2019 Schedule of Workshops for Duluth!
Introducing IonE’s 2018 Right Track interns