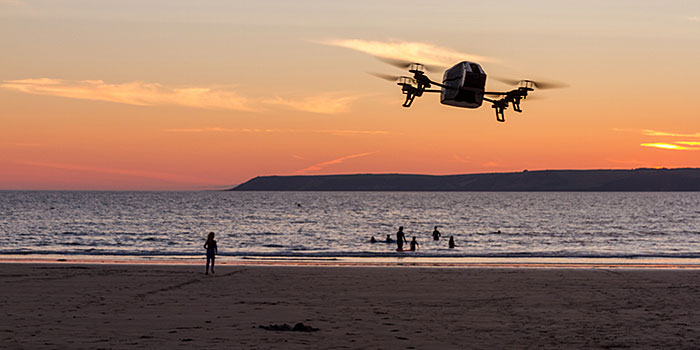 They’re becoming increasingly common, careening overhead at the beach or in the park. I’m not talking about mosquitoes, I’m talking about drones. And a new Institute on the Environment–supported study about drones and bears is creating a lot of buzz in the media.

The study, led by University of Minnesota College of Food, Agricultural and Natural Resource Sciences postdoctoral researcher Mark Ditmer with support from an IonE Mini Grant, found that bears’ heart rates increase significantly when drones are present, indicating a heightened level of stress.

It turns out that bears are not the only creatures to get excited about drones. The story has been shared by such heavy hitters as The Washington Post, National Public Radio, the British Broadcasting Corporation, Slate and National Geographic, in addition to more science-oriented news sites such asArsTechnica and LiveScience.