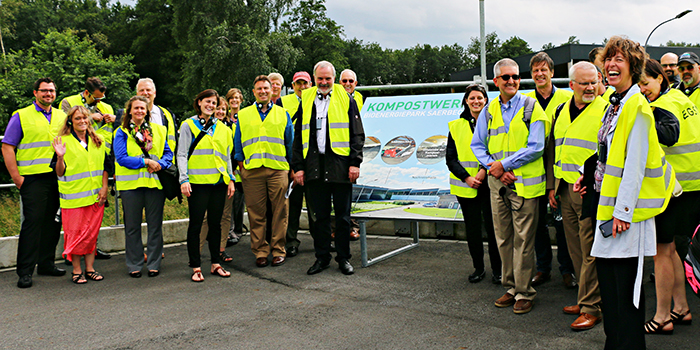 Warren, Duluth, Morris, Elk River, and Rochester will be featured in the upcoming Twin Cities Public Television broadcast of the documentary program “Climate Smart: Cities Working Together.” The program premieres on Sunday, February 11, airing at 8 a.m. on TPT 2 and at 7 p.m. on TPT MN.

The five cities are part of the University of Minnesota Institute on the Environment’s Climate Smart Municipalities initiative, which pairs Minnesota cities with sustainability-leading German cities to co-develop efficient responses to the challenges of climate change. Directed by Leya Hale (whose work recently won a regional Emmy), the documentary illustrates how Minnesota cities are “tying their communities’ effort toward sustainability to the practical efforts underway in Germany and in their cohort partner cities,” says IonE Director of International Partnerships Sabine Engel.

“Climate Smart: Cities Working Together” was produced by TPT in collaboration with the Institute on the Environment. “We’re so grateful to TPT for encouraging us to not just pursue our climate-smart cities partnership work, but also to tell the story so it can be shared widely,” Engel says. “This is an unusual partnership – and an inspiring one.”

Grace Becker is the communications assistant at the Institute on the Environment and an undergraduate student at the University of Minnesota, where she studies strategic communications and Spanish.