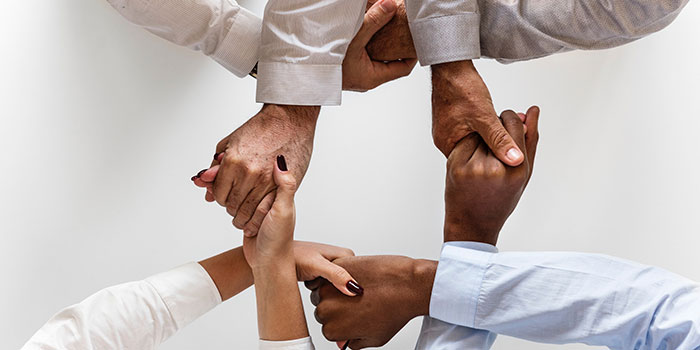 Ellen Anderson, director of the Institute on the Environment’s Energy Transition Lab, will be recognized for her years of leadership in Minnesota’s clean energy sector at the Environmental Initiative Awards on May 23. The annual awards program honors leaders and projects that have achieved extraordinary environmental, economic, and public health outcomes by harnessing the power of partnership. Anderson is being recognized as a “critical collaborator.”

Anderson has an impressive track-record of bringing people together. These achievements result from her service in the Minnesota Senate, her leadership at the Minnesota Public Utilities Commission, and her current work at IonE.

During her years in the Minnesota Senate (1993–2011), Anderson built respectful relationships that led to the foundation of numerous bipartisan coalitions. As a result, she helped pass such landmark legislation as the Next Generation Energy Act and the Renewable Energy Standard. From 2012 to 2014, Anderson served as senior advisor on energy and environment to Governor Mark Dayton, and, in 2013, through her work for the Minnesota Environmental Quality Board, she organized the Environmental Congress. In that role, she made sure youth played a powerful part by supporting an inclusive, youth-led gathering that involved hundreds of students called the Next Generation Youth Environmental Congress.

“Minnesota has been a leader in advancing the clean energy economy, and all of the progress we’ve made has been due to the work of many people, all working together,” says Anderson. “For this reason, I’m especially honored to be recognized as a ‘critical collaborator.’ ”

Today, as director of IonE’s Energy Transition Lab, Anderson works to develop and implement solutions to the world’s biggest energy challenges through collaborative teams of university researchers and industry, government, and community leaders.

In 2017, under Anderson’s leadership, ETL released “Modernizing Minnesota’s Grid,” an analysis of integration of battery storage into Minnesota’s electrical grid. The report was created in collaboration with energy sector expert stakeholders and presented to the Minnesota Public Utilities Commission in July 2017. In September of the same year, ETL hosted its first Midwest Energy Storage Summit, gathering energy stakeholders from across sectors in order to reach a shared understanding of energy storage trends, opportunities, and barriers in both the Midwest and nationally.

“No single public-sector leader has had more influence on Minnesota’s success as a clean energy leader than Ellen Anderson,” says Michael Noble, one of Anderson’s long-time colleagues and the executive director of Fresh Energy.

Anderson has taught at the University of Minnesota in three different departments, including mentoring sustainability studies minor undergraduates. She has also mentored future lawyers enrolled in the Law School’s Environment and Energy Law Clinic.

“In the traditionally male-dominated field of energy and clean energy, Ellen Anderson stands out as an influencer and collaborator. It is safe to say that her efforts have been essential for Minnesota’s environment, economy and society, and we’re proud to honor her with the Critical Collaborator award,” said Mike Harley, executive director of Environmental Initiative.

The five project awards and two individual leadership awards will be presented on May 23, 2018, at the Nicollet Island Pavilion. Tickets are available through May 11.

Voices of Sustainability: Moriah Maternoski
WIsing up: Investigating the effects of climate change on water funds