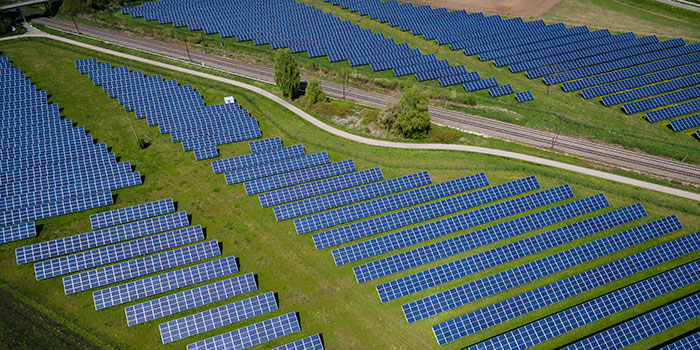 Across the country, public- and private-sector stakeholders have set ambitious goals for reducing energy emissions and investing in renewables. New research from the University of Minnesota’s Institute on the Environment, however, reveals that we may have further to go than anyone even realized.

The insights are the result of an improved method for estimating overall grid emissions published in the journal Environmental Science & Technology. For years, methods for calculating grid-wide emissions have ignored non-emitting energy sources (such as renewables), due to assumptions the researchers realized are no longer true. Taken for a test-drive using data from three sub-regions of the Midcontinent Independent System Operator (MISO), the new whole-picture method reveals that:

“This does not mean we should stop adding more renewables or storage to the electricity system,” says lead author Mo Li, a research fellow with IonE’s NorthStar Initiative for Sustainable Enterprise and a Ph.D. candidate in the U’s Natural Resources Science and Management program. In fact, it means exactly the opposite: We should be adding more.

“We should be thinking of this effect as temporary, within our control to solve,” Li says. “It happens only until we’re able to replace fossil-fuel sources with lower or non-emitting sources of energy.”

How were renewables overlooked for so long in calculating grid-wide emissions? The method improvement has to do with what are known as marginal emission factors – or MEFs. These nuanced estimates of grid-wide emissions take into account the demand-driven way energy is dispatched, starting with sources that have the lowest marginal cost.

Previous research had neglected to include non-emitting energy sources – such as wind and solar – in MEF calculations, based on the assumption that these “intermittent” sources are not dispatched in response to demand surges. But increasingly – as technology improves and as more renewables are incorporated into our energy system – they are. The study draws on data that proves in MISO, for example, wind power is dispatched in response to demand increases up to 50 percent of the time.

“Our study reflects the developments of renewable energy in the power grid – and is an important, even overdue improvement to how we estimate grid-wide emissions,” says co-author Timothy Smith, an IonE Fellow and professor in the Department of Bioproducts and Biosystems Engineering. “We hope it will influence policy and market rules regarding the regional deployment of renewables and demand-side technologies – empowering everyone to make better decisions.”