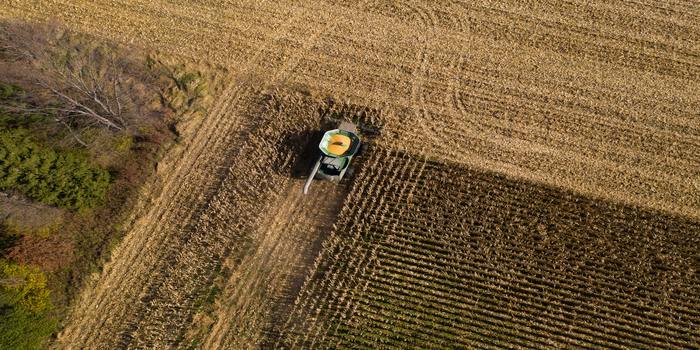 Last fall, IonE hosted the Agriculture Climate Solutions Workshop, a five-part series on reducing greenhouse gas (GHG) emissions produced by Minnesota’s agriculture, forestry, and other land use sector (AFOLU). Organized with a social justice perspective, the workshop challenged participants from several disciplines – including environmental scientists and scholars, industry experts, farmers, and Tribal leaders – to collaborate on creating concrete solutions that will not only reduce GHG emissions but also uphold the livelihoods of farmers and create a more equitable AFOLU. With the support of the McKnight Foundation, IonE awarded a total of $100,000 in grant funding to three standout proposals.

One of the winning projects aims to identify whether a green ammonia facility could become a reality in Minnesota. Ammonia is one of the main building blocks for ammonium nitrate fertilizer, which is used on farms across the state, but current methods of ammonia production are GHG-intensive, with some harsh environmental consequences. Led by Fritz Ebinger, Clean Energy Research Teams’ (CERTs) Rural Energy Development Project Manager, a team of experts in basic and applied research, commercialization, industry outreach, and education aims to identify and understand the challenges of introducing green ammonia production to Minnesota. Team members include Michael Reese of UMN’s West Central Research & Outreach Center (WCROC), Shannon Stassen of CERTs, and Harold Stanislawski and Rod Larkins of the Agricultural Utilization Research Institute (AURI).

Here, Ebinger and Larkins answer a few questions about this innovative project and how it could help change how farming is practiced in Minnesota.

What does the project aim to do?

Fritz Ebinger: This project aims to identify whether a green ammonia facility in Minnesota could become a reality. The steps – several of which will be done in tandem in a six-month-to-one-year timeframe – are to understand the regulatory, policy, and economic mechanisms that would support green ammonia projects. We will identify the technologies, geographies, and energy-facility curtailment necessary, and seek to understand whether green ammonia is a viable and worthwhile agribusiness opportunity.

Rod Larkins: We will also investigate how this one-off model can be successfully incorporated into the Minnesota and regional agriculture economy and become an integral part of crop production. To do so, we need to meet with agricultural stakeholders from across the state: farmers, co-ops, energy providers and distributors, and industry support to assess and understand needs, challenges, and opportunities.

How will this work help to reduce GHG emissions in the Ag sector?

Ebinger: The current model of production for ammonia fertilizer is extremely GHG intensive. Several reports estimate fertilizer production is the source of 1.2 to 1.8% of global GHG emissions. The vast majority of fertilizer is made via the steam methane reforming process. This process forces hydrogen and nitrogen together with a metal catalyst at high pressure and temperature with a methane-based feedstock. Typically, this happens at a large scale and in proximity to petroleum refineries because of the necessity for methane gas.

Replacing the steam methane reforming process with an electric hydrolysis-based method that relies on wind, solar, and nuclear electricity could provide a significant GHG reduction and would align with the Upper Midwest’s abundant clean energy, water sources, and agricultural use.

Larkins: Ammonia can also be used as an energy source for powering farming equipment and as fuel in grain dryers. These applications will further reduce the carbon footprint in production agriculture.

What are some challenges in completing this work? Why do you think it hasn’t been done before?

Ebinger: I think the primary challenge is that the work is so novel. Identifying what it will take to bring a green ammonia facility from a pilot concept to a business model will be interesting. There are a few examples in other parts of the world, Australia and Spain to name two spots, but little has been examined in the Upper Midwest. Candidly, this examination has not been done before around here due to the high cost of building infrastructure for green ammonia technology as opposed to using existing natural-gas infrastructure, as is done in conventional fertilizer production, and the low cost of methane gas.

Presently, we do not know what a hydrolysis-based system that relies on renewable energy would look like at-scale in the Upper Midwest, but our team has relevant experience: The WCROC and Mike Reese first piloted wind-to-ammonia years ago, and Harold Stanislawski and Rod Larkins at AURI have years of experience realizing technological advances into viable business models for agricultural communities.

What makes a site geographically and financially viable for a green hydrogen and ammonia facility? Are such sites easy to find?

Larkins: This is a very good question. Since the primary source of raw materials in green ammonia production are renewable electricity, water, and air, there are not as many constraints placed on a manufacturing site as one would typically see in the current production of ammonia. Proximity to sufficient energy production and transmission, adequate water quality and supply, and storage and transportation capabilities seem to be the critical elements. The siting of green ammonia manufacturing facilities will be part of the study we are providing.

Can the production of green hydrogen and ammonia aid other sectors?

Larkins: Ammonia is a very good energy carrier and storage medium, with a much higher storage capacity than lithium batteries. It provides an economically viable route for producing a material, which can be used to generate electricity as a backup power source, to reintroduce electricity into the grid during peak energy or emergency periods, or be used as a fuel in industrial and transportation applications.

Ebinger: There is also a distant possibility of green ammonia deployment in Minnesota’s shipping industry by cracking the green ammonia back into hydrogen for combustion to power the shipping trade.

One of the two main goals of the Agriculture Climate Solutions Workshop was to “maintain or improve farmer livelihoods in the state.” How do you hope this study will benefit farmers and farming communities?

Ebinger: Many already participate in Minnesota’s green energy economy through wind, solar, and biofuel projects. Green ammonia could be additive to this existing mix and help maintain a robust and technologically advanced Greater Minnesota.

Larkins: Also, local and regional production of ammonia can create an industry similar in scope to ethanol or biodiesel plants, creating capital investment and large numbers of good, high-paying jobs in rural areas. Beyond that, the billions of dollars in ammonia cost that typically flows out of the state could be retained in the Minnesota economy.

Isa Guitian is an IonE Communications Assistant and a senior working towards her BFA in Acting at the U of M.