Menu
HomeIonE FellowStudy: Lawn fertilizers and pet waste are the major sources of nitrogen and phosphorus pollution in urban waters

Study: Lawn fertilizers and pet waste are the major sources of nitrogen and phosphorus pollution in urban waters 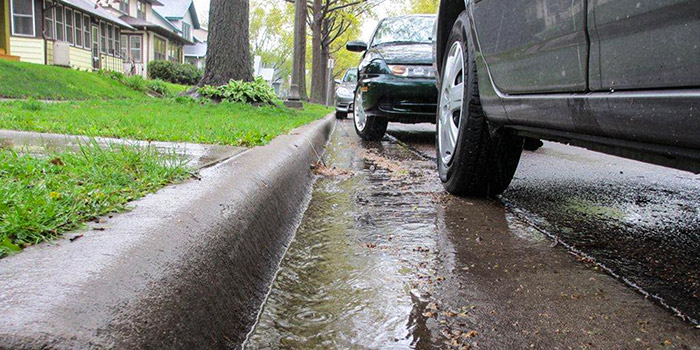 New research from the University of Minnesota points to lawn fertilizers and pet waste as the dominant sources of nitrogen and phosphorus pollutants in seven sub-watersheds of the Mississippi River in Saint Paul, Minnesota.

The study — published in the Proceedings of the National Academy of Sciences — is the first to compare the urban watershed budgets of nitrogen and phosphorus. And the results can be applied to urban watersheds around the world impaired by excess nutrients.

The research team — led by Sarah Hobbie, Distinguished McKnight University Professor in the Department of Ecology, Evolution & Behavior and an Institute on the Environment Fellow — discovered households are the main sources of nutrient pollutants in the Twin Cities urban watershed. Household nitrogen fertilizer use in particular is more than 10 times greater than commercial fertilizer use by golf courses, college campuses and other non-residential locations, and pet waste is the leading source of phosphorus to these watersheds.

Urban watersheds are highly “leaky” with regard to nutrient pollution because of their dense networks of streets and storm drains, which are designed to readily move water off the landscape to avoid flooding. As a result, most of the phosphorus entering urban watersheds ends up being carried away by stormwater that drains into surface waters and thus contributes to pollution and eutrophication. Nitrogen tends to disperse through more diverse pathways — about one-fifth is transported via stormwater into surface water while much of the rest ends up either being released into the atmosphere or moving through soil into groundwater.

This makes managing urban watersheds a challenge. “Urban waters — lakes, streams, rivers, coastal waters — continue to be impaired by nutrient pollution, especially phosphorus, despite long-running efforts to clean them up,” said Hobbie. “Not only is this a concern for water resource managers tasked with cleaning up urban pollution, but also urban and downstream residents who depend on clean water for drinking water, recreation and aesthetic value.”

Given that dense urban neighborhoods don’t have a lot of space for nutrient-capturing features such as rain gardens and ponds, the researchers point to alternate solutions such as focusing on reducing excessive nitrogen fertilizer use and keeping phosphorus out of streets and gutters in the first place, for instance by controlling erosion and increasing street sweeping efforts, and picking up dog waste as soon as possible to limit the release of phosphorus.

Learn with Acara! | Fall 2017 Registration is here!
Investing in the future of energy