Menu
HomeNewsWhat is the relationship between migration and climate-change risk?

What is the relationship between migration and climate-change risk? 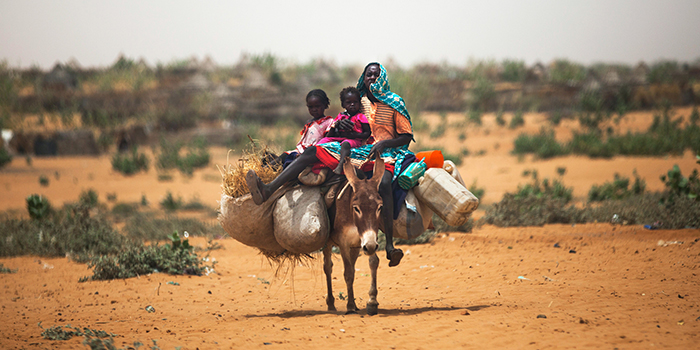 According to the United Nations Population Fund, there are some 244 million international migrants in the world today — with more of them leaving their homes as refugees than at any time since World War II. Now, thanks to a new study, we have a better picture of how migration affects people’s exposure to climate change risk, a relationship that merits closer attention by policy-makers worldwide.

Published in the Journal of Sustainability, “Climate Vulnerability and Human Migration in Global Perspective” is the first global-scale analysis of the association between migration and people’s vulnerability to the impacts of climate change. Climate vulnerability increases with people’s inability to cope with extreme weather events, which can affect infrastructure and the availability of ecosystem services, creating socioeconomic and geopolitical pressures. These factors, in turn, can influence people’s mobility.

Using an established index of climate vulnerability, a project of the Notre Dame Global Adaptation Initiative, the authors found that people, on average, move from countries of higher vulnerability to less vulnerable ones, reducing global climate-change risk by 15 percent between 1990 and 2010.

That’s an overall positive, both for migrants, who are typically vulnerable in many ways, and for global adaptation to a changing climate. The relationship between climate change and migration, however, isn’t homogeneous.“In some of the most vulnerable countries, migration is not currently serving as [a climate-change] adaptation strategy,” said co-author Jessica Hellmann, director of IonE. For example: Six percent of migrants move toward greater climate risk, suggesting that some populations are “trapped” in more vulnerable places.

The first country-level portrait of this association, “our study provides important insights into the flow of migration,” said lead author Martina Grecequet, a postdoctoral researcher at the Institute on the Environment.

“We hope our research influences the policy discussion on human migration and climate change, and helps countries better understand how the flow of migrants affects climate risk,” said co-author Jack DeWaard, a sociologist at the College of Liberal Arts and with the Minnesota Population Center.

Photo credit: UN Photo/Albert Gonzalez Farran; a woman with her children in 2014 at a new settlement in the Zam Zam camp for Internally Displaced People.

Water Journeys Camp: Upstream, Downstream, and Everything In Between
A feast – and a forum – to fight food waste