The salad days of winter 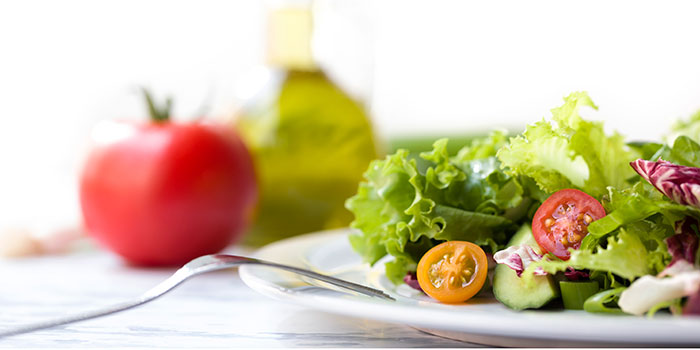 We all appreciate the salad days of summer, when northern locavores can relish the abundance of produce at farmers markets and grocers. During winter, however, northerners largely have to content themselves with lettuce imported from California and cabbage from Texas. But thanks to an Institute on the Environment-sponsored project that promotes the adoption of passive solar greenhouses, Minnesotans may soon enjoy locally sourced greens year-round and, at the same time, build resiliency into and enhance the economy of the local food system.

“The ability to grow crops year-round also gives us the opportunity to make our food system a lot more resilient to climate change,” says Greg Schweser, associate director of local foods and sustainable agriculture for the Regional Sustainable Development Partnerships, a program of University of Minnesota Extension, which is coordinating the project. As an example, he points to California, from which Minnesota gets 75 percent of its produce. “With their current drought, those crops are at risk, and it would behoove us to figure out how to grow those things ourselves.”

The project aims to advance a relatively new technology called a deep winter greenhouse that captures the sun’s energy, stores it in a gravel bed beneath the structure and releases it throughout the night. On very sunny days, temperatures can get up to 80 or 90 degrees, and fans kick in to vent out the heat. On not-so-sunny days when temperatures drop below freezing, heaters protect the crops from frost. This system uses a lot less fossil fuel than conventional greenhouses that rely on lighting instead of sunlight, Schweser says. The structure has a south-facing, insulated glass panel that is angled so that, on the shortest day of the year, the rays of the sun enter at 90 degrees, imitating the mid-summer light. A DWG can be built in unused space and take advantage of an existing wall, such as the side of a barn or garage.

For now, only cold-weather crops such as lettuce, cabbage, kale and some greens can be grown in DWGs, but Schweser says the project team hopes to experiment with other vegetables, such as tomatoes and cucumbers. In addition to small to mid-size farms, schools, food shelves and other organizations could reap the benefits of DWGs.

RSDP is looking for people and communities who would like to build a DWG and take advantage of RSDP’s expertise. Project coordinators are looking to help build two DWGs in 2016 and three more next year, and will help construct and partially fund the greenhouses. They are seeking applications statewide for participation from any entity willing to open their greenhouse to the public as well as collaborate with RSPD on the project research, which may include trials to determine yield, soil mixes, effects of additional lighting, building performance, energy usage, and business costs and revenues. Learn more and apply to participate in the project on the RSDP website by May 3.