Menu
HomeNewsUnderstanding differences within species is critical to conservation

Understanding differences within species is critical to conservation 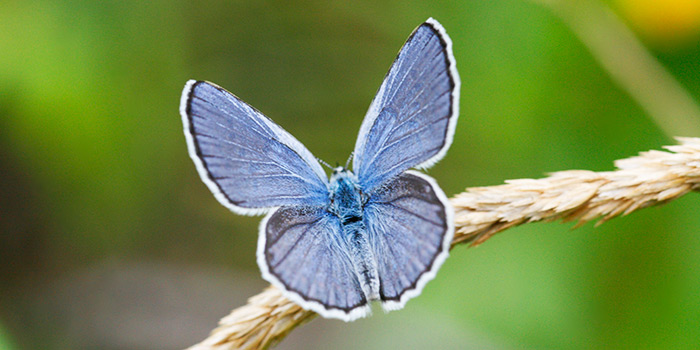 A new study published in the journal Ecological Applications shows that differences within a species across geographically distinct ranges should be taken into account during conservation planning as the climate changes.

The study led by Maria Hällfors, a doctoral student at the Finnish Museum of Natural History at the University of Helsinki, and IonE director Jessica Hellmann looked at two threatened species, the Karner blue butterfly in North America and the Siberian primrose in Northern Europe.

The researchers found it plausible that local populations of species might have adapted to the specific conditions in the areas where they occur, which means they would require different conditions than other individuals of the same species. Nevertheless, scientists, conservationists and land managers often predict future distributions of species assuming that all individuals of the species thrive in the same conditions.

“This study shows that the models ecologists and others typically use to predict the future of species can reach very different conclusions if we consider the species as one single group versus composed of distinctly different populations,” says Hällfors, lead author of the paper.

The authors used ecological models to predict potentially suitable areas for each species under climate change — first, for each species as a whole, and second, for each species separated into two main sub-units or populations. They found that these two approaches produced different results, suggesting that different populations within a species range can respond differently to climate if they are separated from one another and have evolved distinct climatic tolerances.

For the conservation of the two species, the results provide both good and bad news. The good news is that improved understanding of possible shifts in suitable climatic conditions can be incorporated into the species’ management. The bad news is that we still do not know whether the populations actually are adapted to local climatic conditions and therefore which approach to use. Existing predictions could be pointing to the wrong places as future habitat for species in situations similar to those of the Karner blue and Siberian primrose. In other words, choosing to plan conservation efforts assuming that the populations are not ecologically distinctive, as most models currently do, could lead to ineffective conservation outcomes. However, so could automatically assuming population differences, in case the populations are similar across the species range.

The study concludes with specific recommendations for conservation planners so they can better account for the biological realities of endangered species and make well-informed conservation decisions.