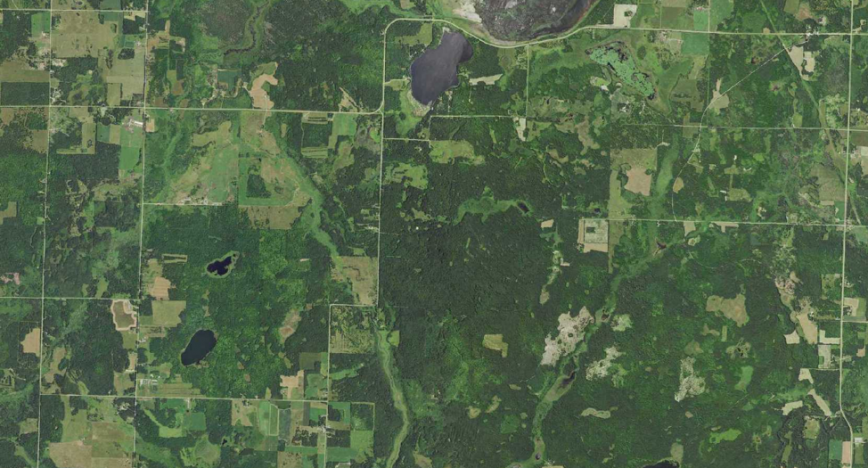 Conservation practitioners face a formidable challenge when deciding what land to protect; there are over 400,000 undeveloped and privately held parcels in the state of Minnesota alone, and dozens of environmental benefits to consider. The dizzying array of trade-offs makes it difficult for practitioners and policy makers alike to know what benefits they are getting, and how they compare to alternatives.

With support from the Environment and Natural Resources Trust Fund (ENRTF), scientists at the University of Minnesota’s Institute on the Environment researched the decision-making process of state agencies and built a tool to complement existing decision support methods by providing a landscape-level approach for assessing the environmental benefits of any undeveloped parcel in Minnesota.

Traditional acquisition decision support tools use a rubric where individual parcels are closely examined and scored on several components, such as the amount of habitat, proximity to other protected areas, or presence of rare species. This approach is important for detailed assessment but is impossible to perform for every parcel in the state, meaning potentially valuable parcels won’t be considered for protection.

The new tool differs from existing approaches by using dozens of statewide datasets to score every undeveloped parcel on 11 environmental benefit metrics. The researchers designed metrics to complement criteria found in traditional approaches by prioritizing parcels based on contributions to human wellbeing. For example: Instead of prioritizing parcels that had the best bird habitat, the researchers also included information on where people go to engage in bird watching and gave the highest scores to parcels that had both high-quality bird habitat and high rates of bird watching.

After providing the coordinates and proposed cost for a parcel, land managers can see how it compares to hundreds of thousands of other parcels in the state. The report (Figure 1, below) allows conservation practitioners to quickly assess what benefits a parcel provides, and how exceptional it is when compared to other potential options. This is especially useful for organizations that are well-equipped to assess a specific benefit, such as trout angling, but don’t have the resources to assess unrelated benefits, such as pollination.

The tool compares the benefit scores for your parcel (orange bars) to the average benefit scores for other parcels statewide (green bars). The darkest green bars show the statewide average for each metric, where 1 represents the highest scoring parcel in the state and 0 represents the lowest scoring parcel (color variations represent the average plus one and two standard deviations). Compare the difference between the score for your parcel of interest (orange bar) and the statewide average (green bars). Compare the length of the green and orange bars for each metric, rather than comparing one metric’s score to another. Scores are not comparable between metrics.

“We tried to balance making the tool simple to use with the complexity of the land acquisition process.  Although we captured a broad suite of environmental benefits, there are still factors that couldn’t be included. Parcels shouldn’t be ruled-out solely because the tool scored them poorly, but perhaps they deserve more scrutiny,” says lead scientist on the project Ryan Noe.

The creators of the tool applied it to past ENRTF funded conservation easements to assess the extent of targeting in the portfolio and found that nearly half the acquisitions had no alternatives that scored better than them on all 11 metrics. This indicates that many acquisitions either excel at a single benefit or have a unique collection of multiple benefits. However, around 10 percent of past acquisitions had dozens of parcels that scored better than them on all 11 metrics, indicating that taking a landscape-level approach could have identified parcels with fewer tradeoffs.

“Ultimately we hope the tool will complement—not replace—existing approaches and provide a starting point for better understanding and communicating the values of a parcel,” says Noe.