The Berlin Seminar: An innovative exchange to advance clean energy 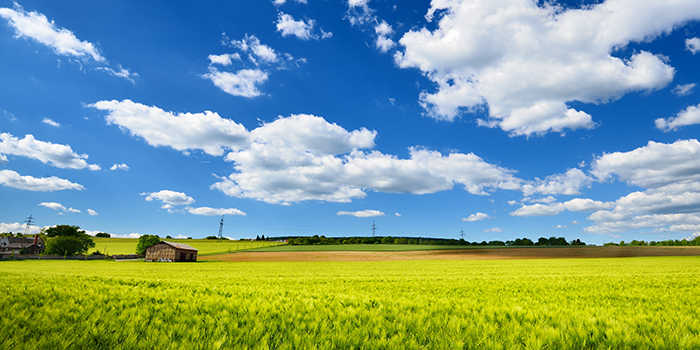 Advancing the clean-energy economy will require crossing boundaries: across political differences, between rural and urban communities, even among countries. Enter the Berlin Seminar on Energy Policy. On June 23, a nonpartisan delegation of some 20 Minnesota business, nonprofit, government, and academic leaders will depart for Germany, where they will visit showcase examples of the country’s dramatic energy transformation and interact with its leaders.

The annual week-long seminar is part of a larger Regional Economies & Renewable Energy Policy dialogue hosted since 2016 by the University of Minnesota’s Institute on the Environment in partnership with Germany’s Federal Ministry for Economic Affairs and Energy. The collaborative initiative builds off a U.S.-Germany energy policy exchange, supported from 2011 through 2015 by the German government’s Transatlantik-Programm der Bundesrepublik Deutschland.

This year’s focus is on rural communities – and the rural-urban partnerships needed for the transition to a clean-energy economy to be successful. Rural communities have been leaders of Germany’s statewide energy transformation, notes Sabine Engel, director of international partnerships at IonE and leader of the Berlin Seminar and dialogue initiative. The U.S. delegation, which includes representatives from the Minnesota Farm Bureau and Minnesota Farmers Union, will visit showcase sites in the Bavaria and Berlin/Brandenburg regions that demonstrate how distributed electricity generation and new technologies add value, especially in rural areas.

“When you see a practical example of This is what you can do, you understand the range of what’s possible in a more immediate way,” says Engel. “That’s what’s made our seminars so successful – it’s seeing the clean energy future and economic opportunities already here today.”

The delegation also includes four Republican state senators; leaders from Mortenson Construction, Geronimo Energy, and Connexus Energy; participants from Minnesota’s departments of agriculture and transportation; and representatives from Fresh Energy and the Citizens Utility Board of Minnesota. U of M participants include Jessica Hellmann, director of IonE; Mos Kaveh, dean of the College of Science and Engineering; Steve Kelley, a senior fellow at the Humphrey School; and Rolf Weberg, director of University of Minnesota Duluth’s Natural Resources Research Institute.

The seminar and site visits in Germany are the basis for follow-up events in Minnesota this September and October, featuring energy experts from Germany. Dates will be announced later this summer. All funding for Berlin Seminar is provided by Germany’s Federal Ministry for Economic Affairs and Energy. The follow-up events will be made possible by funding from the initiative’s Minnesota-based partners, including Mortenson Construction and Geronimo Energy, along with the University of Minnesota.