Not all bioplastics are created equal 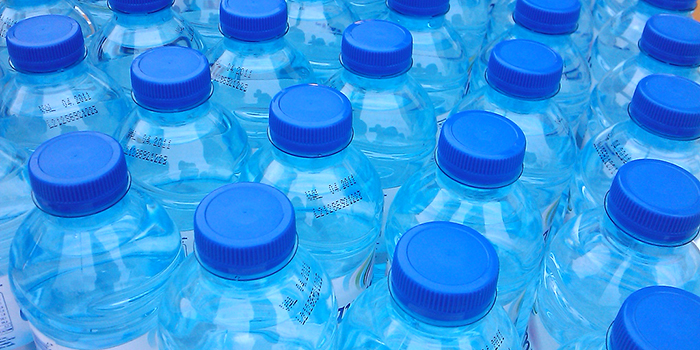 Conventional plastics are seen as environmentally unfriendly because they’re made from fossil fuels. As plastic production grows — it’s expected to double over the next 20 years — plant-derived polyethylene terephthalate (BioPET) has been touted as a more environmentally friendly alternative to PET, a plastic primarily used in beverage bottles. But a University of Minnesota study published in July in the Journal of Cleaner Production suggests that’s not always the case.

Researchers from the University’s Institute on the Environment compared the environmental impacts of 12 types of bottles with varying proportions of PET made from fossil fuels, row crops and forest residues — what’s left after the usable part of the tree has been removed. They found that BioPET made from row-crop feedstocks such as corn grain and stover, wheat and switchgrass performed worse than traditional fossil-fuel-based PET in almost every environmental impact category assessed, including smog and particulate production, acidification and fossil resource depletion.

“Compared to other renewable feedstocks used in BioPET bottle production, the use of forest residue feedstocks can significantly reduce important environmental burdens,” said Luyi Chen, graduate research assistant for IonE’s NorthStar Initiative for Sustainable Enterprise and the study’s lead author. “Not all BioPET is equally beneficial to the environment, some BioPET is better than others.”

A major benefit of producing BioPET versus other types of renewable plastics, such as polyvinyl chloride (used in pipes) and polylactic acid (used in clothing, among other things), is that it can be seamlessly dropped into existing recycling systems. “Our findings shed light on which types of BioPET bottles reduce impacts in their production, while providing renewable products that won’t inhibit efforts to increase recycling later on,” Chen said.

“As we seek ways to reduce our dependence on fossil resources and our contributions to climate change, bio-based chemicals and materials provide a real and viable path,” said NiSE graduate research assistant and study co-author Rylie Pelton. “But studies like ours also show that we need to be smarter about the trade-offs created through new technologies such as bio-based plastics manufacturing.”

The research was funded by the USDA National Institute of Food and Agriculture as part of the Northwest Advanced Renewables Alliance. Timothy Smith, NiSE director and professor in the College of Food, Agricultural and Natural Resource Sciences, is also a co-author on the paper.