Big Talk for the Bare Minimum 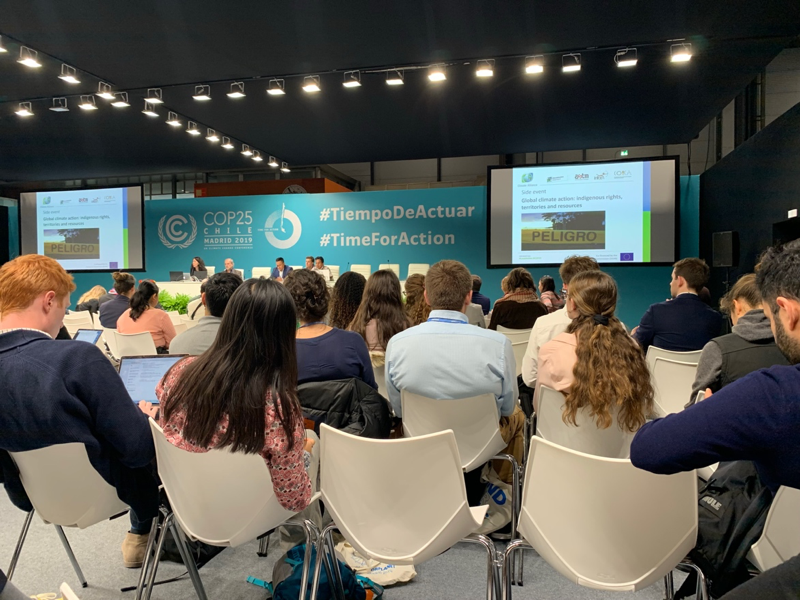 COP25 was a massive event with no shortage of lectures and negotiations to listen to. The lectures were held by a wide range of organizations from across the world who came to talk about their work fighting climate change. Many of these organizations were NGOs, academic institutions, think tanks and even a few for-profit businesses. Many lectures talked about the detrimental impacts of global deforestation and the role of indigenous peoples in mitigating climate change. In many parts of the world, but particularly in South America, indigenous people and their lands are the only barrier protecting forests from deforestation. I attended multiple lectures in which indigenous group leaders from South America testified on the bullying of national governments to expel indigenous people from their lands for resource exploitation. It became clear that many national interests on climate change mitigation did not include the rights of indigenous people and the recognition of their lands. This issue will become more pressing as both carbon pollution and carbon pricing drive the demand for clean fuels like ethanol, which is already at fault for replacing much of the Amazon with vast corn fields.

I can verify that indigenous people are calling for support in the fight for climate justice. It is important that we understand the complexity of climate solutions such as ethanol replacing fossil fuels and carbon pricing, and the impacts such solutions have on indigenous people around the world.

Inequity at the Highest Level and Hope for the Future
Moving Forward, With or Without the UN