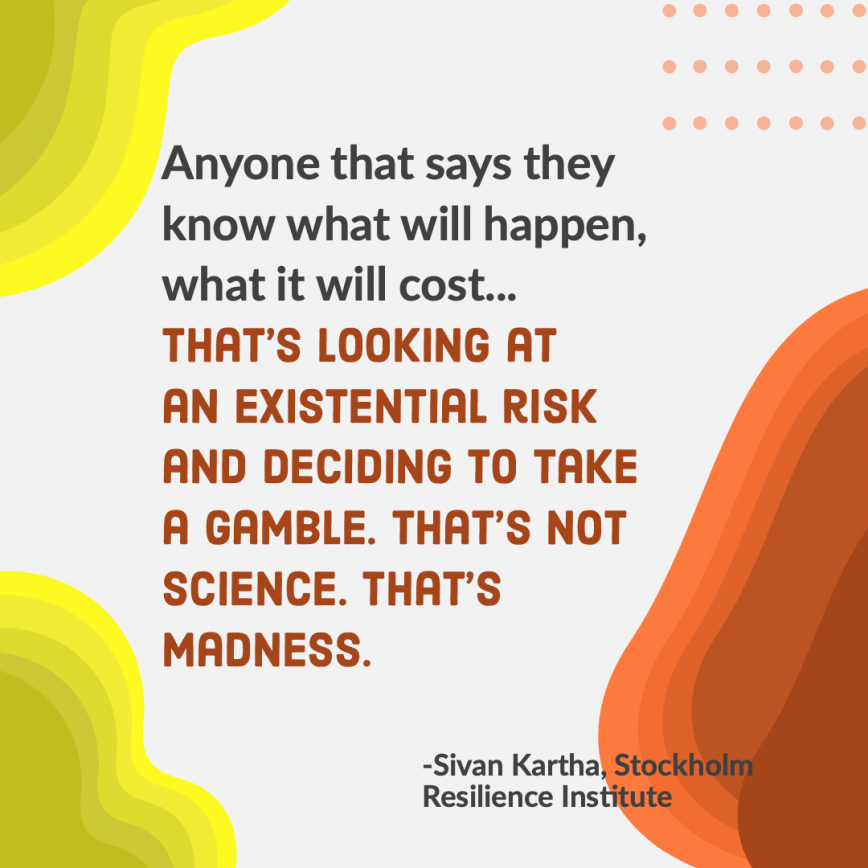 One of the great mistakes I made going into the conference was conflating the urgency of the scientific reports (see, for example, recent IPCC documents on land, oceans and cryosphere, the Special Report on Global Warming of 1.5C, and the United in Science report) coming out in the past year by top- level agencies with top-level government support and commitment.

Of course, I knew the history of fossil fuel influence and power imbalances at these negotiations, but it was another thing entirely to feel it in my body as I watched it playing out before me.

“Oh honey, I’ve been a lot more cynical than you about these institutions for a long, long time,” said my colleague as I sunk deeper into my chair.

The room was packed at a session highlighting the findings of the UN’s Environment Programme’s (UNEP) 2019 Emissions Gap Report, and I began cataloging a list of these strange disconnections.

“We are sending a strong and significant message: We must scale up our reduction ambitions.”

“The science is clear. The world is facing a climate emergency.” -Patricia Espinosa

“We are dangerously close to tipping points”

“We have taken our planetary systems for granted for far too long. Nature is sending us an invoice in the form of fires, floods, droughts, and declining harvests.”

“Policy needs to ramp up, even to achieve the current NDCs.”

“55.3 gtCO2e emissions was a new global high in 2018, despite progress in renewables and green energy.”

“With only current policies, GHG emissions are estimated to be 60 GtCO2e in 2030. On a least-cost pathway towards the Paris Agreement goals in 2030, median estimates are 25 GtCO2e for 1.5°C warming.”

“Together we must provide for transformational change.”

“Because G20 nations account for 78% of emissions (including land use), they will largely determine global emission trends and the extent to which the 2030 emissions gap will be closed.”