Reflection on Indigenous Community in COP26 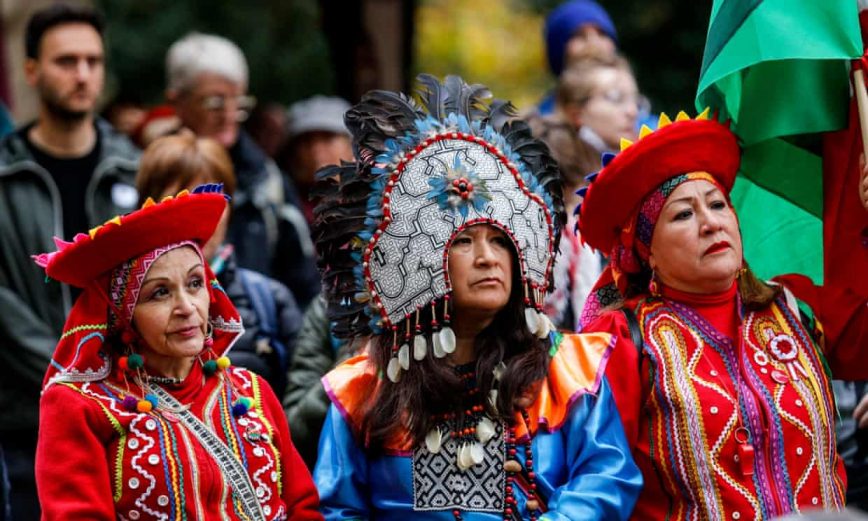 In the climate conversation, it is crucial to include the voices of the minority community. The Conference of Parties 26 (COP26) gathers stakeholders from all sectors and interest groups, including the minority groups. Many UMN delegates who went to COP26 commented that they saw an increasing diversity during the negotiations. As the frontline community, those that experience the “first and worst” consequences of climate change, the indigenous groups were able to voice their concerns and perspectives during COP26, hoping to create changes. Historically, those that come from traditional and Indigenous communities have potential climate solutions and they have the knowledge to manage land and water without harming the environment. The kind of knowledge passed along over generations in indigenous communities is called Indigenous knowledge systems (IKS). The term refers to cultural, traditional and local knowledge that is unique to a specific society or culture (Mapara, 2009). IKS is a way for the local community to work and interact with the environment, and it is commonly practiced in the indigenous communities in agriculture to predict the weather patterns, to manage land and fresh water, and to protect biodiversity.

Even though there’s a lot of value in IKS that we recognize, indigenous communities that reside in areas with high potential for oil and gas development have historically been exploited, and their communities polluted with detrimental health effects (UCLA Oil and Gas in Indigenous Communities). In Minnesota, Line 3 is an example of the treaty rights of the Anishinaabe being violated by endangering primary areas of hunting, fishing, wild rice, and cultural resources in the 1855 treaty territory, leaving the indigenous land contaminated and exploited. Locally, the state policy failed to protect the treaty rights of the Anishinaabe community by favoring the short-term economic growth that the pipeline might bring. At a global level, the indigenous representatives at COP felt that the governments are still only giving empty promises and not including the front line community into a part of the climate solutions.

One of the examples is that the carbon credit scheme is problematic because it allows the big polluting countries to buy carbon credits from countries with low emissions, which incentivises the countries to offset rather than cut emissions. At COP26, more than 500 representatives came from the fossil fuel industry, which is a larger number than any single country delegation. In contrast,  indigenous communities were still mostly excluded, even though their knowledge provides incredible value, and despite the fact that more than 80% of biodiversity exists in their territories, their voices are often suppressed and sometimes can endanger their lives if they actively fight against the benefitted stakeholders. According to the international non-profit, Global Witness, at least 1,005 environmental and land rights defenders, with one in three of them coming from the indigenous community, have been murdered since the Paris accords were signed.

According to Antonella Cordone, Technical Specialist Nutrition at the International Fund for Agricultural Development (IFAD), COP is limited to governments and corporations, and rarely uses the holistic approach. There is much knowledge that the indigenous community can provide such as better land and water management, the preservation of biodiversity, and a sense of humans’ interconnectedness to earth. In a statement during COP26, the women of the Kichwa Indigenous People of Sarayaku said: “Indigenous peoples resist the extraction of natural resources with our bodies, with our lives. Our contribution to tackling climate change must be recognized. Our solutions must be heard.” The Indigenous Knowledge System is extremely valuable when facing climate change; the communities offer us a lot of wisdom to learn from, and the world should start listening instead of silencing their voices.