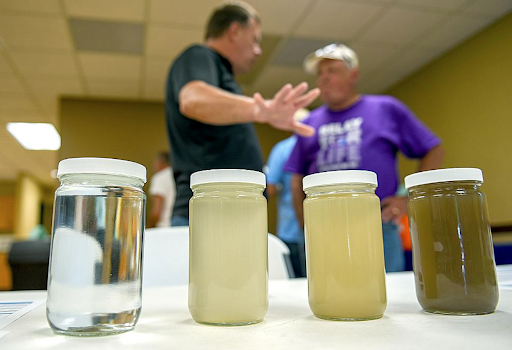 Most of Minnesota’s water treatment systems, wastewater plants, and other water infrastructure systems were built over fifty years ago. Because of this, various water pollutants have persisted in drinking water supplies across the state. Water infrastructure systems are prohibitively expensive for individual communities to construct, maintain, or renovate on their own, so funding for these projects must be facilitated on a larger scale with cooperation at multiple levels, involving multiple Stakeholders.

Minnesota’s health department and pollution control agency have estimated that the state will need to spend $12.5 billion over the next two decades to keep up with Minnesota’s waste and drinking water needs. Minnesota Governor, Tim Walz, has proposed that the state commit $300 million in water quality and infrastructure projects that will ensure safe and clean drinking water for all of Minnesota’s residents, and assist smaller communities in replacing aging water treatment facilities and upgrading existing ones to meet regulatory requirements. These dollars are intended to match federal funding granted by the U.S. Environmental Protection Agency and President Biden’s new Bipartisan Infrastructure & Jobs Act. The EPA has announced that Minnesota will receive $116 million in funding for water quality projects through the new law. This funding is part of a total $7.4 billion in federal grants given to states and municipalities in 2022 through the EPA. Funding and grants will be eligible based on environmental and health criteria.

Minnesota communities face a variety of health threats from inadequate water infrastructure. Currently eligible projects include upgrading wastewater facilities to remove mercury from water flowing into Lake Superior, adding new storm drains to reduce the risk of waste water from being dumped into the Mississippi, and replacing water treatment facilities to prevent pollutants like iron, manganese, and lead. Portions of federal money have also been granted for more specific purposes. Roughly 10-12% of federal money has been granted to mitigate exposure to “emerging contaminants” like PFAs that have leaked into the groundwater of many eastern parts of Minnesota. In 2018, the state settled a $850 million lawsuit against 3M, who was alleged to have polluted multiple groundwater wells with PFA contaminants. Another 30% has been granted specifically to replace aging lead pipelines in the state. While many of the state-owned lead pipelines were phased out in the 1950s and 1960s, little monitoring or inventory has been conducted on how widespread lead pipes still are in private water systems. Schools, businesses, and privately-owned houses built before the 1950s may very well still contain lead pipes. According to a recent report from the Minnesota Department of Health, there are an estimated 100,000 to 260,000 lead lines currently carrying drinking water to homes in Minnesota. While federal resources can fund mapping and replacement costs, it will not be enough to cover everything. Removing 100,000 lead service lines has been estimated to cost roughly $500 million. This is far more expensive than what is currently being allocated.

Current spending commitments won’t solve all of Minnesota’s water needs. A recent state inventory found that wastewater infrastructure and drinking water needs will require $4 billion and $7 billion in spending, respectively. These massive spending requirements have been largely placed on the feet of local communities and municipalities who do not have adequate financial resources to address aging equipment and new water infrastructure systems. More resources need to be provided to fully address Minnesota’s water needs. Coalitions of local governments, environmental advocates, and labor unions have lobbied the state’s government to pass more comprehensive spending packages to help local communities meet regulatory requirements and ensure that clean drinking water and safe waterways for swimming and recreation are available for their residents. These stakeholders have asked the state’s legislature to pass two bills: HF3858/SF3545 and HF4115/SFXXX. The first bill, co-authored by Rep. Liz Boldon (DFL-Rochester) and Sen. Andrew Lang (R-Olivia) allocates roughly $300 million in state bonds for grant and loan problems for waterinfrastructure needs administered by the Public Facilities Authority. The second bill, co-authored by Rep. Sydney Jordan (DFL-Minneapolis) and Sen.  David Senjem (R-Rochester) is intended to provide funding to allow communities to map out and replace all lead pipes in their respective residential areas by the year 2032.the bill would allocate $10 million in grants and $30 million directly to cities and municipalities across the state to meet this goal.

Clean water is essential to the health and well-being of Minnesota residents. While much of the state’s environmental initiatives have revolved around clean energy and transport electrification, solving these issues will only address a portion of the current factors that threaten the state’s public health. Even though clean water is being addressed by both our state’s government and the federal government, more is needed to adequately address Minnesota’s water needs. In order to ensure that adequate solutions are implemented, any Minnesota resident should make sure they are holding their representatives accountable and encouraging them to support policies that help communities keep our state’s water clean.

Minnesota’s Future in Wind Power
How will the EV industry be effective on the environment in future?