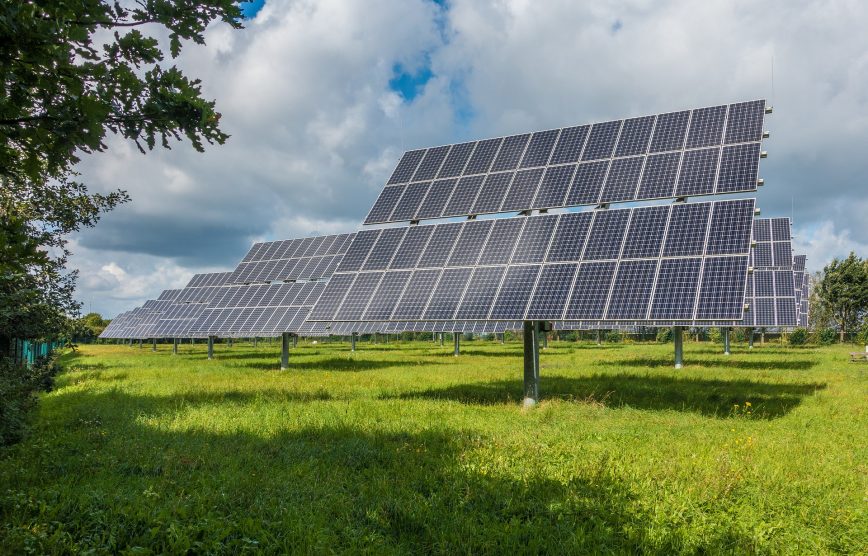 Over the last few years, the world has been shifting its focus to renewable energy in an effort to mitigate the effects of climate change. Major components of the renewable energy transition have been solar panels and solar farms. The utility and resourcefulness of these solar panels have been much talked about; and the panels have been portrayed as the gateway out of conventional energy. For this much talk about their benefits, it is important to discuss why they are not as common as they should be.

Solar panels, which are sometimes referred to as photovoltaic (PV) panels, are panels that consist of solar cells that are used to collect and convert sunlight into electricity for power generation. These solar cells are made up of silicon semiconductors consisting of a negative layer and a positive layer opposite to each other. These layers create an electric field and generate direct current (DC) electricity. In domestic applications, solar panels can achieve around 20% solar efficiency, meaning that it can convert 20% of the sunlight it collects into usable electricity.

A number of factors have been holding back solar panels from becoming a leading source of energy in world. The first being the cost; the initial capital cost required for installation is very high relative to other energy sources. There is a positive return on investment (ROI) in the future; however, it is slow and can take up to a few years. This eliminates demographics, such as low-income households, from being solar panel owners. It also makes it an unattractive business prospect to build large solar farms or even produce solar panels. Recently, a project to build a solar farm that would supply 15% of Europe’s power failed because the cost of power transmission did not drop as quickly as the price of solar panels. Currently, producing electricity from solar panels is 2 to 3 times more expensive than from hydro, coal, or nuclear energy sources. However, things are looking up as the price of solar panels has decreased almost 65% in the last decade. A second factor is the overall grid infrastructure. The available power grid infrastructure was built to work with consistent power generation levels and these grids may not be able to cope with the inconsistency of solar energy. Another factor that reduces the competitiveness of solar energy is how often electricity is produced; also known as its capacity factor. Generally, a solar farm runs at 15% capacity. For reference, a coal plant can operate at up to 80 % capacity.

There are a number of solutions that can allow the solar energy sector to thrive and still be part of the conversation decades down the line. Large, efficient batteries can be used to store the excess power through the night and on cloudy/rainy days. These batteries are relatively expensive, but there has been a downward trend in its price over the years. Another solution involves merging other forms of renewable energy (i.e. wind or hydro) with solar energy to provide consistent power generation that satisfies the requirements of existing power grids. It is important to continue searching for solutions that accelerate the growth of the renewable energy sector. Addressing the challenges that stand in the way of the progress of solar energy and, in general renewable energy, is the first step to realizing their huge potential.

Edited for spelling, grammar, and clarity.