Menu
HomeEvents5 things we learned about climate change and plants

5 things we learned about climate change and plants 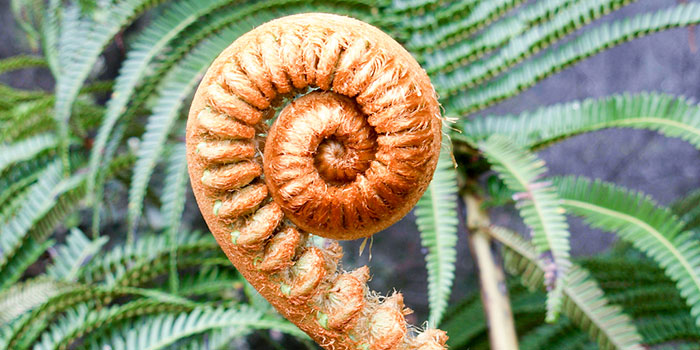 Pretty flowers. Yummy (or yucky) vegetables. The foundation of the terrestrial food web.

But what’ll happen to them in a rapidly changing climate? That question stood at the center of IonE’s February 17 Frontiers on the Environment talk, which featured Joy K. Ward, dean’s professor of the College of Liberal Arts and Sciences in the University of Kansas’ Department of Ecology & Evolutionary Biology. Here’s what she told us:

1. Research on the relationship between plant life and climate change is critical. Plants are solar energy’s entryway to ecosystems, employing the sun’s energy to make sugars that form the base of the food web. Photosynthesis uses carbon dioxide, so plants are an important carbon sink. Because the level of carbon dioxide in the atmosphere has fluctuated through time, peering into the past helps us forecast the future of plants.

2. Throughout our planet’s deep past, plants have seen radically different environments. Two hundred fifty million years ago — that’s two and a half million centuries before present, at the dawn of the Triassic Period — CO2 levels were two to five times higher than in modern times. Accompanying high temperatures means more plants grew farther north and south than they do today. After all, this was a world without polar ice caps. Still, because Earth orbited the sun at the same angle it does now, the pattern and amount of sunlight was roughly the same. Some trees grew in environments unheard of for complex plants today, with months and months of darkness followed by months and months of light. With Arctic regions expected to see as much as 8 °C warming by the years 2070–2100, insights from deep time move ever closer to practical relevance.

3. At the height of the most recent ice age, CO2 had a different relationship with plants. CO2constrained growth rather than promoting it. Current atmospheric CO2 concentration is above 400 parts per million. Twenty thousand years ago, though, that number was 180 parts per million. Much as a lack of nutrients or water often limits plant growth today, plant growth then was often limited by a lack of CO2. All other things being equal — which, it’s important to note, is a caveat that won’t hold true with future climate change — plants in low-CO2 situations grow less. Using well-preserved wood specimens from California’s La Brea Tar Pits, Ward’s research shows glacial trees with a lot less CO2 inside their leaves than anything we see today. “It’s quite likely that these plants were starved for carbon during the last glacial period,” she said.

4. Carbon dioxide can disrupt developmental timing. A 2002 study in Science surveyed almost 400 plant species in England, finding that those species tend to flower earlier in the season than they did in decades past. In evaluating such work, it’s not enough to point to temperatures and go home, because two major factors have shifted in recent decades: temperature and CO2. “It’s critical that we actually disentangle some of the changing factors with climate,” Ward said, “to really get mechanistic about what’s driving changes in developmental timing between the preindustrial period and the present.” For example, research only assessing the impact of temperature generally predicts less acceleration in flowering times than we see in the field. In experiments with Arabidopsis, a genus of small flowers used as a model organism in plant biology, Ward and her colleagues tested the effects of these variables on plant growth both independently and together. With warming alone the plants generally flowered later, while with just higher CO2, no real change occurred. Only when testing both temperature and CO2 together did the researchers find the earlier flowering consistent with field studies. What we’re seeing, Ward says, is a strong interaction between rising temperatures and rising CO2 that accelerates growth while simultaneously stabilizing the size at which these plants flower.

5. For plants, it’s practical to look at history to predict the future of Earth. Shifts in flowering times could throw plants and their pollinators out of sync. More CO2 could dial down the level of nutrients in plants. If scientists assume that warming is the only effect of rising CO2  on, say, crops, they’ll create models based on flawed assumptions. Understanding the past also gives greater context as we march forward in time: “Plants don’t have tens of thousands of years to adapt to the climate scenarios that we’re looking at in the future,” Ward said. “These will happen in 50 to 100 years from now, and the potential for plants to adapt that rapidly might be very problematic, particularly for long-lived species.”