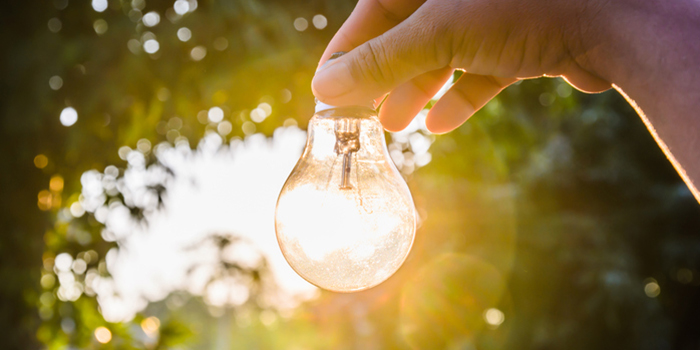 Nearly 20 years ago, the American environmental scientist Jane Lubchenco called for a new “Social Contract for Science,” arguing that scientists’ work should be aligned with the most pressing problems of the day. In a new essay in BioScience, Bonnie Keeler of the Institute on the Environment and her 21 co-authors from academic institutions and non-governmental organizations around the world argue that universities have not yet sufficiently answered this call — and propose five institutional reforms that could move the needle.

Keeler, who is the program director and a lead scientist with the Natural Capital Project (a partnership of the University of Minnesota, Stanford University, the World Wildlife Fund, and The Nature Conservancy), took a few moments to say more about the essay — and the promise it holds.

What motivated you and your co-authors to write this essay?

It came out of a realization, for many of us working in the sustainability space, that there are persistent barriers in academia that prevent us from doing the work we want to do — or from having the impact we want to have.

So the goal was to raise what we see as opportunities for academic institutions to lead, to better link the work that’s happening at universities with the scale and scope of the problems we’re facing as a society. Both with the aim of increasing the relevance and impact of institutions, which everybody wants to do, but also to really recognize how urgent these challenges are, and how important it is to be aligning the work that’s happening at these public-facing institutions with public problems.

In the opening of your essay, you and your co-authors reflect on the fact that it has been 20 years since Jane Lubchenco first proposed such an alignment. Is this a perennial challenge, or is there something happening in this moment that makes this an important issue to revisit now?

The market for the kinds of skills that people have when they graduate is also changing. Employers are increasingly looking for these hybrid skill sets. We’ve seen that in the past several decades, with rising technology and IT demands, a more globalized world, and the complexity of problems — this really requires transdisciplinary work. And while I think that has always been true, it’s especially true now. There seems to be a broadening gap between the skill sets that people need to have a real impact in the world, and the way that we’re training students in academia.

So that’s one part. There has also been increasing criticism, recently, of academic institutions. Are they good investments? Are they serving the public? Are they producing public goods? In theory, academic institutions should have, and this is at the crux of Jane’s essay, a social contract. And most of the people who are part of them — faculty, staff, students, researchers — got into the field they’re in because they have an ethic of public service. They want to make a difference. The people who I work with who are early-career scientists, that’s what you hear over and over again: I want to have an impact. I want to do research, but I don’t want to do research just for research. I want to do research that matters to people.

It seems like you would really be tapped into this ethic through your role with the Natural Capital Project, which develops ways to account for nature’s contributions to society.

Yes, and this is a very personal essay for me, too. I was passionate about science, I was passionate about ecology, but I wanted to do work that mattered to people. And my first attempts at doing that, I kept hitting roadblock after roadblock in the traditional academic model, whether in funding or mentorship. Just figuring out how to do work that mattered outside of the university was really challenging, and it ended up causing me to leave academia for a while, to take some time off.

It wasn’t until I found the Natural Capital Project, which really has impact as its core mission, where everything is lined up to support this kind of work, that it all came together. And now, having been engaged in this work for several years, I’m such a big believer that it’s the kind of work we all need to be doing. Faculty find value in it, the university finds value in it, early-career researchers find value in it, and the stakeholders we engage find value in it.

And all of the other co-authors on the paper can speak to this too, because they all feel passionate that they’ve found a way to cut through the system, all of the entrenched incentives that prevent this kind of work — because when you get there, there’s just all of this value.

Speaking of the co-authors, it’s an impressive group. Not all of them are from academic institutions, either. How did you all come together for this essay?

A lot of the co-authors came out of years of ongoing conversations on this topic. They’re pushing on the same kinds of things that we’re trying to accomplish here at IonE. We have very different academic interests in some cases, but we’re connected because we do so much public-facing work.

Everyone was working on some version of this essay in their head when we reached out to them — so it was the right time to bring these ideas together. And it was amazing — with how many co-authors we have and how many institutions — there was very little disagreement about what the big issues were and how to present them.

What’s the one thing, if nothing else, that you hope people will take away from this essay?

A lot of what this comes down to is being able to invest in relationships. That’s been the biggest lightbulb moment for me. As someone who is trained in science, trained in the scientific method and in the toolkits of knowledge production — what it turns out what you really need is a relationship toolkit.

Because when we think about impact, about cultivating a culture that values use-inspired research, moving ideas into action, putting people at the center of environmental science, reimagining academic structures — these are all opportunities that are about relationship building. And that is a skill that has to be built. It’s not easy, in the way that I think some people dismiss it, like you don’t need experience or training or incentives to do it. It takes time. It takes skill. It’s a lot of work, and it’s something that academic institutions haven’t invested in the training or support of. And that would be the biggest shift. To bring that front and center, starting with how we work with students.

The Institute on the Environment leads the way to a future in which people and the environment prosper together. The Natural Capital Project is at the forefront of developing interdisciplinary science that incorporates the value of natural capital and ecosystem services — the benefits nature provides to people — into decision-making.