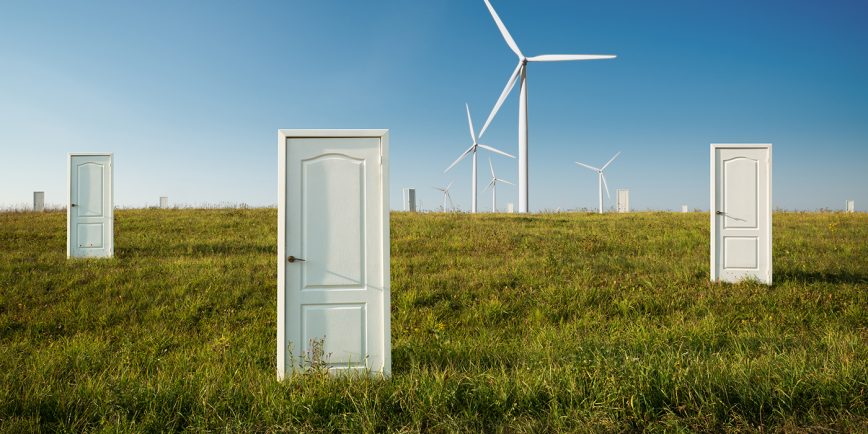 What’s one of the most exciting ideas being talked about in Washington right now? You have to dig deep – past the day’s newest Democratic presidential candidate and the soap opera of Michael Cohen – but it’s the Green New Deal (GND). I’m excited about the GND because I’ve dedicated my professional life to understanding the effects of environmental change and working across boundaries and divides to find ways of overcoming environmental problems. The GND is the biggest idea out there right now for making nationwide progress on sustainability, and it’s high time that those of us working on environmental issues get up to speed on the GND — and get engaged.

What is the Green New Deal?

Details of the GND are still emerging, but, at its core, it would invest money from taxes and other federal revenue into civic projects for the common good. It’s the combination of two key ingredients.

First, the GND invites us to remember the New Deal of the 1930s and 40s, a period of government investment sparked by the Great Depression, when workers were the immediate beneficiaries of public infrastructure projects. Those public goods are with us still today, in the form of bridges, national parks, universities (including several buildings at the University of Minnesota), police precincts and airports. The New Deal put millions of people to work, supplying a pressing economic need at the household level.

Second, the GND would push our economy from a reliance on dirty fossil fuels — which cause climate change — toward a clean and reliable energy system. The GND would stimulate growth in the green economy by investing in assets that have medium- to long-term value, such as community-scale solar energy and grid modernization.

Combine incentives for work via public infrastructure projects and a focus on clean tech, and you get the basic idea of the GND.

Why the GND is important

Short of a carbon tax (which hasn’t found favor) and the Clean Power Plan (which addressed only electricity production and the Trump Administration overturned), the GND is one of the first policy ideas to recognize the need for greater sustainability at a national, systemic scale – and it ties directly to economic concerns in a positive way.

Several trends suggest that our economy is primed for a transition, if there were a spark to ignite it on a large scale. Renewable energy is now cost effective in many cases, and investing in a smart grid makes sense for its efficiency, reliability, and ability to accommodate new technology, even without thinking about climate. The GND acknowledges that the energy transition must be coordinated and facilitated: It’s a social and economy-wide project that cannot emerge from individual or private actions alone. The GND also seeks to lower the up-front costs of renewable energy and other green assets so that a wide set of society can enjoy its stream of benefits.

Advocates for the GND are smart to combine sustainability and employment. It overcomes the false claim that protecting the environment comes at the cost of employment and economic productivity. Under the GND, a roll-out of green infrastructure produces jobs. You see evidence of this possibility in the rapid growth of jobs in the renewable energy sector (e.g., the fastest area of job growth in Minnesota). It also makes economic sense because the impacts of climate change are large and growing, and avoiding massive future damages and the substantial costs of climate change adaptation are in our national interest.

The benefits of the GND can and should flow through private institutions and organizations — capitalism at its best. (And not socialism, by the way, which is government ownership of the means of production and key assets.) The GND also has to be restricted in scope because public resources are limited, but public investment can attract private investment if it’s crafted well. Fortunately, economic research explores how to incentivize private investment and shows that public spending can yield both public and private returns.

I do not dispute that a GND could be implemented badly, or that it could be too costly or unrealistic in what it can achieve. There is risk that it could mean different things to different people (and therefore fail to gain political traction), and there’s a legitimate worry about how to pay for it (especially if it is all things for all people). Data suggest that most people have not heard of the GND, yet it appears to have some bipartisan support among those who have. Further, the parallels between the Depression and the crisis of environmental stress that confronts us today are imperfect.

But let’s not throw the baby out with the bathwater. A policy strategy that uses public investment to drive public and private good, in a way that is responsive to a profound environmental threat and helps individual citizens, simply cannot be all bad. During the Depression and today, the government can play a role in stimulating economic productivity for its citizenry.

Environmental scholars — and our students! — should engage with the GND because we need great ideas to make and enact good policy. Great ideas are what we peddle, and we can support constructive dialogue around the GND. Let’s shed our anxiety about engaging with policy ideas and get to work helping identify good projects and effective incentives for the GND. There’s plenty of opportunity to craft what it can and should be, thereby helping to build a future where people and planet prosper together.