Menu
HomeNewsDirector’s almanac: On showing up when it counts

Director’s almanac: On showing up when it counts 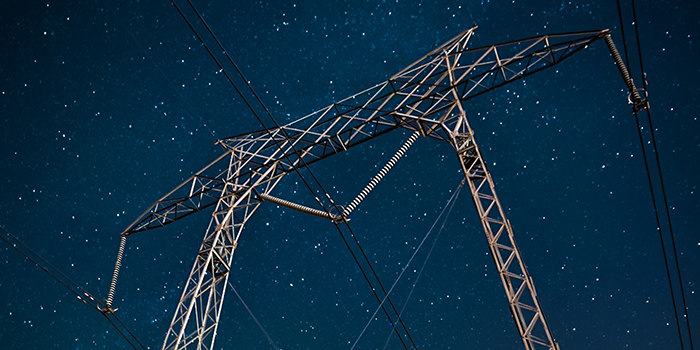 Over the past week or so, I’ve been part of an effort to file a comment with the Environmental Protection Agency, criticizing its plans to rescind the Clean Power Plan.

You might know about the CPP. It was a key way that the Obama Administration planned to meet its Paris commitments: to reduce emissions ~30 percent below 2005 levels by 2025. And it was the one of the first actions taken by the EPA to regulate greenhouse gas emissions, something the U.S. Supreme Court mandated with its ruling on Massachusetts vs. EPA.

Now the Trump Administration intends to ditch the CPP, changing the Obama guidelines for carbon emissions from “stationary sources,” a.k.a power plants. Without another plan to replace it, this repeal will roll back U.S. efforts to tackle climate change. We won’t have a plan to meet the Paris goal to prevent catastrophic climate change, and we won’t regulate one of the three major sources of climate change. (And short of fuel economy standards for cars, we don’t have regulations for the other sources – transportation and agriculture – either.)

The repeal of the CPP, with nothing meaningful to replace it, has the climate science community worried. So, with the help a law professor at the University of Wisconsin, 22 leading climate scientists from across the country, including me, got together to write an official comment to the EPA, urging against rescission of the CPP. (This same group also organized earlier this year to defend the CCP as amici in an earlier D.C. circuit case.)

Our comment – which soon will be publicly available on Regulations.gov – goes on for about 10 single-spaced pages, chock full of research about the observed and future effects of climate change. And the comment covers only the most recent research and changes in the climate that we have seen since the CPP was introduced in 2015 – three of the hottest years on record, catastrophic storms and fires, and redistribution of species worldwide. We are not arguing for the CPP per se, but stress the importance of taking meaningful action, of going forward not backward, because a tipping point is near.

And we realize that – at least with respect to current EPA leadership – our comment will probably have little effect.

So why write it at all? At least part of the answer has to do with posterity.

Posterity is having concern for future generations, about being concerned about what those people will think, how they will live, and how they will reflect on those of us who lived and worked today. You don’t hear a lot about posterity these days, but you should. It’s part of helping to build a future where people and planet prosper together – the very mission of IonE. Building a better future requires concern for that future; it requires truly caring about a time you very well may not live to see.

When something is the right thing to do in the name of posterity, there won’t always be a receptive audience – but it’s crucial to show up regardless, particularly when the stakes are high.

Use of of the word “posterity” over time according to Google.

In the case of greenhouse gas emissions, our government is ignoring a problem that is undermining humanity. And as purveyors of knowledge and a best-as-we-can commitment to intellectual honesty, we – the academic community – cannot let roll-backs in government responsibility go by unremarked. That’s why we write when the direct benefits are unclear: because we are supposed to. Both the EPA comment and the amicus brief are now part of the public record, and I’m grateful to have had a chance to be a part of that record.

In standing up for posterity, however, we are also standing up for today. IonE is a what’s called a boundary organization; we connect with people both inside and outside of the University – and it is important for our partners and collaborators to see us share our thoughts and work in the public domain. And although theories about society suffering from information deficit have been debunked (i.e., that simply explaining science more and better will change hearts and minds), discourse about ideas does shift the social conversation over time.

Cultural and structural change – especially change as difficult as transforming our economy – does not happen overnight. Rarely will any scientific paper, analysis, or even relationship with a decision-maker have dramatic and immediate effects. But action does happen – just not always on the timeline we, as humans, would like to see. And just like science itself, we stand on the shoulders of those who have come before us, making mostly incremental change. We should strive for breakthroughs in all the work we do, but posterity simply asks us to do our best and keep showing up.

We do this at IonE. We show up. This is why people like to work here, and this is why our faculty affiliates want to be part of this special place and special idea. I doubt many university scholars include “posterity” in their core values. But for me and others at IonE, it is there, even if sometimes hidden from plain sight.

2 thoughts on “Director’s almanac: On showing up when it counts”