Menu
HomeGrantsIonE Discovery GrantDisease forecasting in a One Health world

Disease forecasting in a One Health world 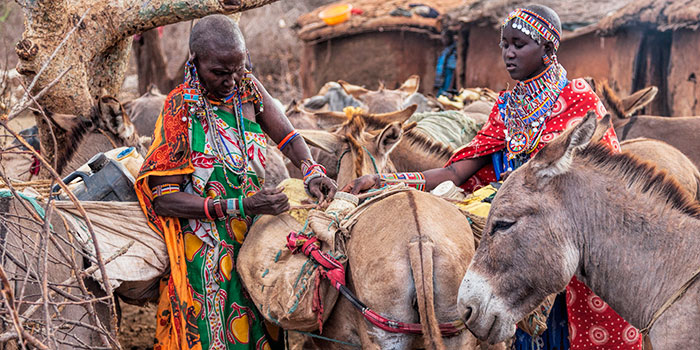 Reducing the toll of disease is an important goal around the world. It’s also an extremely challenging one, because interconnections among humans, animals and the environment create a complex system in which disease outbreaks can be difficult to forecast and control. One Health is a growing way to think about disease that recognizes the importance of these interconnections and promotes collaboration among disciplines to improve population health. Through the One Health lens, epidemiologists, biologists, ecologists and veterinarians work together to understand and solve problems such as swine flu, dengue, leptospirosis and other infectious diseases that can spread between humans and animals.

Approaching One Health from a systemic engineering perspective, the University of Minnesota’s HumNat Lab — funded in part by an IonE fellowship and an IonE Discovery Grant — develops advanced computational technologies that can take data sets from different parts of a complex system (e.g., the environment) and combine them to create forecasts and strategies for minimizing disease spread and impact around the world.

Why is this approach exceptional? Most traditional ways of forecasting disease use one factor, such as where a community collects water, to assess how and where disease might spread. What makes HumNat Lab unique is that it explicitly integrates environmental factors, such as temperature and rainfall, into the equation. From there it can calculate the number of expected outbreaks, which weeks during the year they might occur, and the total expected cases for that year.

The HumNat Lab was recently invited to participate in the White House Office of Science and Technology Policy Dengue Forecast challenge, which resulted in a workshop convened to discuss the development and application of models for forecasting dengue epidemics. The workshop brought together teams of modelers with the U.S. Army, the Centers for Disease Control and Prevention, and OSTP to develop a multimodel cyber-infrastructure that can make real-time predictions of infectious diseases in the U.S.

“These forecasts are going to be used to guide public health and engineering interventions on the ground as well as to develop more accurate forecast models and design better surveillance systems,” says HumNat director and IonE fellow Matteo Convertino, assistant professor in the School of Public Health. “The goal is not really to understand dengue (because it is well understood) but to build that ‘intelligence’ capacity to forecast the disease, to determine hot spots and to quantify the optimal disease management intervention,” among other uses.

The HumNat Lab is building a similar system for the Pan American Health Organization/World Health Organization, which is responsible for disease management in the Americas. That work will be centered initially on waterborne disease such as cholera, leptospirosis, dengue and plague. The overall goal is to establish an automated online forecasting system that can be used for any disease and in cooperation with any country. The system will use surveillance and environmental data received by the emergency operations center at the Pan American Health Organization and other federal agencies.

“Part of what we do is to quantify what is not quantified, to integrate what is not integrated,” says Convertino. “But, more importantly, we seek universal patterns of dynamical systems, such as populations, and build intelligent models that can be thought of as technologies to forecast and hopefully control population dynamics that allow disease to spread.”

10 things we learned about biodiversity and climate change
As NatCap turns 10, a Q&A with co-founder Stephen Polasky