Fossil record should help guide conservation in a changing world 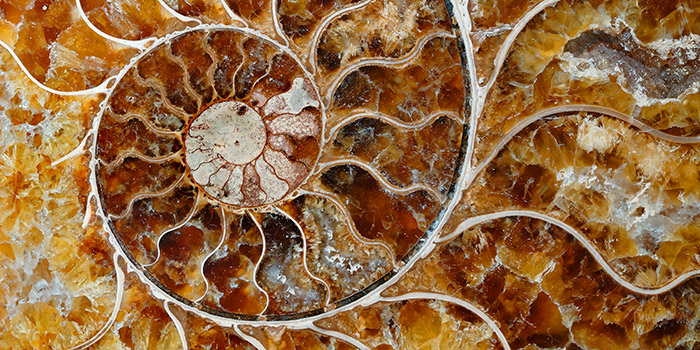 Writing in the journal Science, an international group of scientists are joining lawyers, policy makers and writers to urge conservationists not only to save species, but also to preserve a diverse array of ecosystem structures and functions in the face of rising populations and changing climate. This could include allowing some species to disappear from some areas if that means a more resilient environment able to respond to warming temperatures and loss of habitat.

Key to assessing the health of today’s rapidly changing ecosystems is understanding their history, which can only be read from the fossil record, or the paleobiology of the region, the scientists argue.

“In the past, conservation biology was about trying to hold everything static, to save everything just the way it is, like you have a museum collection of species,” said senior author Anthony Barnosky, a professor emeritus of integrative biology at the University of California, Berkeley, who is now executive director of Stanford University’s Jasper Ridge Biological Preserve. “But we are changing the planet so much that we can’t expect to hold to the old norms. Already there are new normals, and in the future there will be even more new normals. So the question is, ‘How do we do conservation biology under that scenario of really rapid change?”

The answer is rethinking how to manage ecosystems, whether wilderness like Yellowstone National Park or a field of strawberries, to promote healthy change over time.

“We are advocating in this paper that we have to preserve the capacity to respond to changes in a way that keeps the ecosystem healthy, which will likely involve watching species come and go, watching assemblages of species change, and in any given place, what we regard as a normal ecosystem today will not be the same 20 to 30 years down the road,” Barnosky said.

The ideas came from a workshop involving 41 scholars from around the world convened at UC Berkeley by an international group of collaborators in September 2015 to discuss the future of conservation. The group, which included ecologists, conservation biologists, paleobiologists, geologists, lawyers, policy-makers and writers, is publishing its conclusions in a perspective paper appearing in the Feb. 10 issue of the journal Science.

University of Minnesota professor and Institute on Environment director Jessica Hellmann, was a co-author on the paper and a workshop participant, sharing her research on techniques for managing the future of biodiversity under a changing climate. “The workshop brought together thought leaders from around the world, folks who know the past and folks who think about biodiversity trends for the future,” said Hellmann.

Barnosky noted that conservation biologists have become split between those who want to focus on preserving ecosystems such as wilderness areas by excluding humans, and those wanting to manipulate what they refer to as “novel ecosystems” that result from human activities.

The workshop group’s consensus was that both perspectives are needed. Historically intact ecosystems, like parts of the Amazon, could be managed to simultaneously maximize biodiversity, a balanced food web and ecosystem services such as storing carbon or cleansing water, all while preserving a feeling of wildness.

Other ecosystems, like agricultural fields, could be managed to maximize production without destroying the biodiversity surrounding them, as often happens with monocultures of corn, wheat or soybeans.

“Finding the right balance between preservation — leaving wild places wild — and restoration — creating and recreating ecosystems that work for biodiversity and people — can be difficult, but it is critical to maintaining nonhuman and human life on Earth,” Hellmann said. “The future will be different than the past, but knowledge of past species and ecosystems teaches us how to be smart environmental stewards.”

Whether dealing with historically intact or a novel ecosystems — the 47 percent of Earth’s ice-free land that has been altered by humans — scientists need to look at the paleobiology of the region, that is, what the ecosystem looked like before humans altered it, and seek to rebuild it to some degree toward that natural balance.

In many cases, this may involve trying to preserve a member of the community that does a critical job, like a top carnivore, although the particular species that does the job may change through time.

“One of the things we are arguing is, let’s decide what we are trying to preserve and then use the paleobiological record to tell you how to preserve it. The fossil record is becoming critical in guiding nature into the future,” Barnosky said.

For novel ecosystems, the paleobiological record is critical because we may have to artificially rebuild a healthy ecosystem, which means knowing the jobs of each species there and making sure we have the right number of large mammals, for example, or the right balance of carnivores and herbivores.

“You have to know the pieces, the functional roles and how to put species together to make an ecosystem that is going to last and maintain itself and remain healthy,” Barnosky said.

The 2015 workshop was funded by the International Union of Biological Sciences, UC Berkeley, Stanford University, and the Senckenberg Natural History Museum, Germany.