Menu
HomeNewsInstitute on the Environment and AAAS Announce 2020 Fellows

Institute on the Environment and AAAS Announce 2020 Fellows 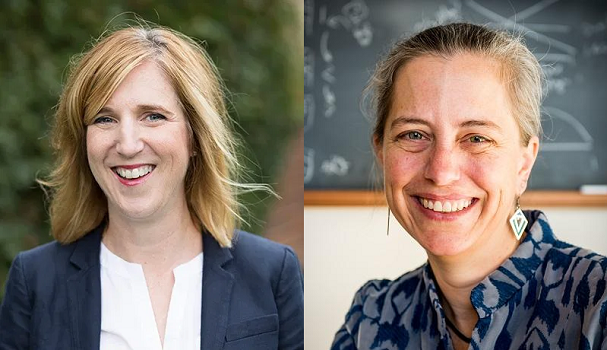 The Institute on the Environment (IonE) and the American Association for the Advancement of Science (AAAS) are thrilled to announce that IonE Director Jessica Hellmann and IonE Fellow Elizabeth Borer are among the five University of Minnesota faculty named this year as AAAS Fellows.

Election as an AAAS Fellow is an honor bestowed upon AAAS members by their peers for scientifically or socially distinguished efforts to advance science or its applications. This year, 489 members nationwide were selected for this honor. Along with Hellmann and Borer, University of Minnesota faculty Melissa Anderson, Tony Gherghetta, and Nathan Springer were recognized as AAAS Fellows.

This year’s Fellows will be formally announced in the AAAS News and Notes section of the journal Science on Friday, November 27. A virtual Fellows Forum – an induction ceremony for the new Fellows – will be held on Saturday, February 13, 2021.

Hellmann has been the Director of IonE for more than five years, alongside serving as the Russell M. & Elizabeth M. Bennett Professor of Ecology, Evolution, and Behavior in the College of Biological Sciences (CBS). As IonE’s director and Ecolab Chair for Environmental Leadership, she provides strategic direction for the Institute, with accomplishments including expanding its affiliate ranks and launching initiatives such as the IonE Impact Goals, shared targets for collective action. As a scientist, her research centers on global change ecology and climate adaptation as well as on the reduction of greenhouse gas emissions, and she regularly advises state and national governments on environmental issues.

Hellmann is being recognized as an AAAS Fellow for her distinguished contributions to and leadership in the fields of conservation biology and sustainability science, particularly organismal and societal adaptation to climate change.

An IonE Fellow since 2016, Borer is also a professor in the Department of Ecology, Evolution, and Behavior in CBS. Her research focuses on ways that global changes interact to control the composition and function of ecological communities. Within this, she primarily studies within grasslands, on plants, insects, and disease. Since 2019, she has also served on the Institute’s Faculty Leadership Council.

Borer is being honored as an AAAS Fellow for her distinguished contributions to the field of ecology, particularly to nutrient dynamics of grassland ecosystems.

The tradition of AAAS Fellows began in 1874. Currently, members can be considered for the rank of Fellow if nominated by the steering groups of the association’s 24 sections, or by any three Fellows who are current AAAS members (so long as two of the three sponsors are not affiliated with the nominee’s institution), or by the AAAS chief executive officer. Fellows must have been continuous members of AAAS for four years by the end of the calendar year in which they are elected. The AAAS Fellow honor comes with an expectation that recipients maintain the highest standards of professional ethics and scientific integrity.

Each steering group reviews the nominations of individuals within its respective section and a final list is forwarded to the AAAS Council, the Association’s policy-making body, which votes on the aggregate list. The Council and its sections are encouraged by AAAS to consider diversity among those nominated and selected as Fellows, in keeping with the association’s commitment to diversity, equity, and inclusion.

About AAAS
The American Association for the Advancement of Science (AAAS) is the world’s largest general scientific society and publisher of the journal Science, as well as Science Translational Medicine; Science Signaling; a digital, open-access journal, Science Advances; Science Immunology; and Science Robotics. AAAS was founded in 1848 and includes more than 250 affiliated societies and academies of science, serving 10 million individuals. The nonprofit AAAS is open to all and fulfills its mission to “advance science and serve society” through initiatives in science policy, international programs, science education, public engagement, and more. For additional information about AAAS, see www.aaas.org.

This announcement is adapted from a press release prepared by AAAS. Rupsa Raychaudhuri is a sophomore at the University of Minnesota, studying Political Science, with minors in Statistics and Psychology.