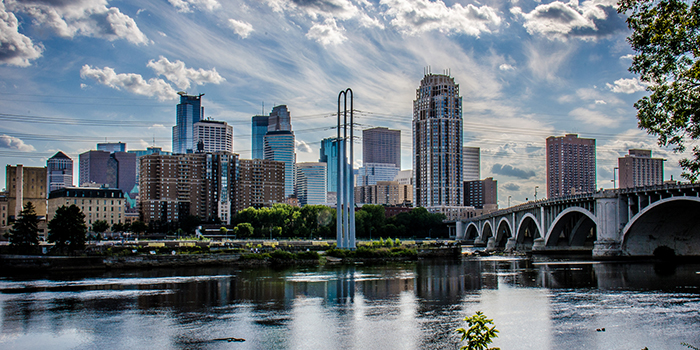 What is a healthy city? How does society weigh the conveniences of transportation, readily available water and electricity, and placement of that new shopping center against the environmental impacts of those assets?

University of Minnesota researchers — including several Institute on the Environment resident fellows — are part of a global team that has received a $12 million award from the National Science Foundation to bring together a unique network of scientists, industry leaders and policy partners committed to building better cities of the future.

“We have to think in new ways about a city’s physical infrastructure to develop sustainable solutions,” Anu Ramaswami, professor in the Humphrey School of Public Affairs, IonE resident fellow and lead investigator and director for the project, said in a press release. “Understanding that these systems are interconnected serves as a foundation for this work. For example, urban farms wouldn’t work very well without thinking about water, energy and transportation infrastructure, as well as people, markets and policies.”

In this video, Ramaswami and several other members of the project team explain how the project will be implemented.

IonE resident fellows Matteo Convertino, assistant professor in the School of Public Health; Julian Marshall and Paige Novak, professors in the College of Science and Engineering; and Elizabeth Wilson, associate professor in the Humphrey School, are co-investigators on the project.

IonE’s nearly 70 resident fellows — faculty with appointments throughout the University of Minnesota system who come together here to share ideas, inspiration and innovation across disciplinary boundaries — are among the shining stars of IonE’s signature approach to addressing global grand challenges.