New study: Could conservation investments be working harder for Minnesotans? 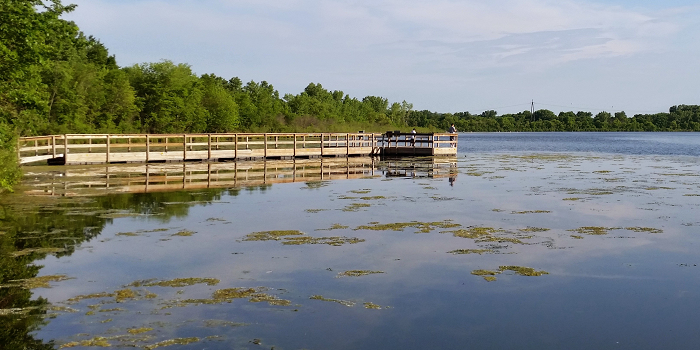 Did you know that if you buy a lottery ticket in Minnesota, a portion of the proceeds goes to a dedicated fund that supports environment and natural resources projects, such as conservation land acquisitions? This fund has raised over $500 million and funded more than a thousand projects since it was created over two decades ago. With that kind of money on the line, we might ask questions such as, “How do managers of this fund choose to invest in land with the greatest return of public benefits for the cost?” Or, “How can they avoid ‘random acts of conservation’ that might not give Minnesotans the biggest bang for our buck?”

One way to ensure greater public benefit from conservation in Minnesota is through an ecosystem services approach, which prioritizes projects that provide a suite of relevant environmental benefits that ultimately contribute to the wellbeing of Minnesota residents. For example: While a traditional trout habitat conservation program might prioritize investments based solely on trout populations, a program informed by ecosystem services would consider not only the benefit to trout populations but also co-benefits such as improved bird-watching, public swimming access, or cleaner drinking water, and would target investments in regions with the greatest number of anglers and other communities that could benefit from these conservation activities. The approach is proven – but the degree to which it is incorporated into state policy and decision making isn’t as clear.

A new study published in Ecology and Society, conducted by a team of IonE researchers and supported by the Environment and Natural Resources Trust Fund, assesses the extent to which Minnesota state law supports this broader ecosystem services approach to targeting benefits of conservation programs.

The team reviewed state laws that created nine conservation programs managed by state agencies and three conservation funds administered by the state to understand the guidance they provide on conservation priorities. “We found that there is broad support for targeting multiple benefits and human wellbeing, especially from the three major funds,” says lead author Ryan Noe, a researcher with the Institute’s Natural Capital Project.

Metrics that State of Minnesota conservation programs use when deciding which parcels to acquire grouped into ten categories, with the weight (%) each program places on each category. Water quality metrics were seldom used, compared to habitat and biodiversity. Figure published in Noe et al. (2017).

In addition to the guidelines outlined in statute, the team also reviewed the scoring systems that state agencies use when deciding to purchase rights to a parcel of land. As illustrated above, they found that metrics closely related to habitat, such as size, species present, and proximity to other protected land, were prioritized across almost all programs.

Water quality, on the other hand, was notably missing from scoring systems. Points for water quality considerations were only included in two programs, and were weighted five percent or less of the total score. Additionally, only five of the nine programs considered how acquisitions directly or indirectly improve local recreation opportunities.

This analysis demonstrates that state law enables an ecosystem services approach — one that considers multiple benefits and impacts to human wellbeing. By focusing only on habitat, however, programs may miss parcels that provide other valuable benefits to Minnesotans. Strengthening agencies’ approaches with next generation metrics that consider where people will benefit most from conservation, such as prioritizing investments upstream of a public swimming beach or drinking water supply area, for example, can ensure programs provide a more comprehensive suite of benefits for nearby households and communities.

“Minnesotans generously pledged their lottery revenue to the environment and natural resources; we hope this research will help connect their values to the benefits of conservation,” says Noe.