Not just commodities: A broader appreciation of ‘nature’s contributions to people’ 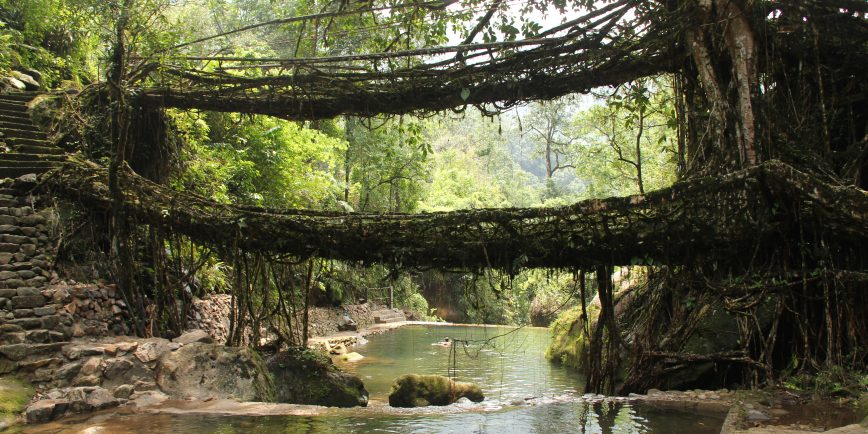 Adapted from a news release by the Intergovernmental Platform on Biodiversity and Ecosystem Services (IPBES). Contact: Robert Spaull, media@ipbes.net.

Plentiful food, clean water and healthy air are among the most valuable and visible benefits of nature to people. This has reinforced the widespread, and increasingly controversial, belief that nature is mainly a source of services or commodities.

Writing in the journal Science, 30 global experts associated with the Intergovernmental Platform on Biodiversity and Ecosystem Services (IPBES) have presented an innovative new approach: the idea of using all of nature’s contributions to people to inform policies and decisions.

“For more than a decade, policies about nature have been dominated by knowledge from the natural sciences and economics,” says lead author Sandra Díaz, senior researcher of Argentina’s National Scientific and Technical Research Council and a professor at the National University of Córdoba. “The vibrant research developed from this ‘ecosystem services’ approach – popularized by the landmark 2005 Millennium Ecosystem Assessment – has advanced sustainability, but largely excluded insights and tools from the social sciences, humanities and other key world views.

“The much broader notion of nature’s contributions to people emphasizes that culture is central to all of the links between people and nature, and recognizes other knowledge systems, for example those of local communities and indigenous peoples, much more than before.”

Institute on the Environment lead scientist Kate Brauman and IonE Fellow Stephen Polasky (College of Food, Agricultural, and Natural Resource Sciences) are among the co-authors on the paper. “For people and planet to thrive together, we need to understand our interdependence with nature – and not in just one place, but all over the world,” explains Brauman, who has been a lead author on the IPBES Global Assessment since July 2017. “IPBES provides a way for us to measure the contributions of nature globally and inclusively, and figuring out how to do that is a really exciting thing to be a part of.”

Nature’s contributions to people are of critical importance in developed and developing countries alike, notes Sir Robert Watson, IPBES chair and former co-chair of the Millennium Ecosystem Assessment. “Nature underpins every person’s wellbeing and ambitions – from health and happiness to prosperity and security. People need to better understand the full value of nature to ensure its protection and sustainable use.”

“Food is a great example,” says lead author Unai Pascual, a professor at the Basque Centre for Climate Change and the Basque Science Foundation in Bilbao, Spain. “We all receive food from nature and food security is a key aspect that has typically been included in policies and decisions around the world, often measured in the context of calories per day, biological processes and economic value, for example. But we know that food is so much more. It’s at the center of cultural identities, art and basic human enjoyment. It is these kinds of non-material contributions from nature that the new approach seeks to represent and include in decisions about the way we relate with nature.”

One of the many concrete applications of this new approach is its uptake in large-scale expert assessments and how these are conducted. Díaz and Pascual concur that nature’s contributions to people is a scientific advancement embracing, but going beyond the ecosystem services approach, which will increase the effectiveness and legitimacy of policies and decisions about nature. “This inclusiveness and equity among knowledge systems and perspectives will not only make assessment processes more legitimate; it will also lead to better policy results because we will be drawing from a much richer and wider information base”.

Four IPBES regional assessments of biodiversity and ecosystem services, expected to be released in March this year, have already included unprecedented efforts to tap indigenous and local knowledge, and nature’s contributions to people are already a central feature of the IPBES global assessment, expected in 2019.

“Nature’s contributions to people is an important evolution of and complement to the concept of ecosystem services,” says Anne Larigauderie, executive secretary of IPBES and one of the authors of the article. “It can improve the way we frame and understand the diversity and complex relations between people and nature. This more inclusive approach will also increase the relevance and value of expert evidence about nature in tackling international development commitments such as the Sustainable Development Goals.”

IPBES is an independent intergovernmental body comprising 127 member governments. Established in 2012, it provides policymakers with objective scientific assessments about the state of knowledge regarding the planet’s biodiversity, ecosystems and the contributions they make to people, as well as the tools and methods to protect and sustainably use these vital natural assets.