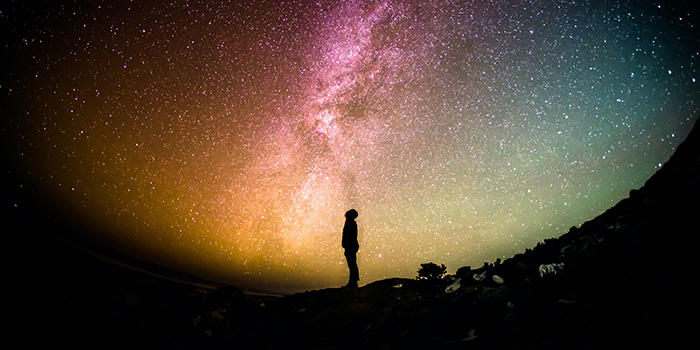 Rigorous and relentless. Straightforward and honest. Warm and caring. Visionary.

These are just some of the words that people use to describe Deborah Swackhamer, who died on Friday, April 23, and who shaped not only the Institute on the Environment, but also countless other institutions and lives – at the UMN and around the world.

As the current executive director of IonE, I know how much we owe to Dr. Swackhamer. She co-chaired IonE’s founding committee and insisted – as fellow “blueprint” committee member Lucinda Johnson recalls – that IonE be established as a system-wide entity, with a commitment to reach across all UMN campuses and beyond.

Those connections – and the kind of impact they enable – mattered to Deb, who then served as IonE’s first director. “I consider helping to launch IonE one of the great achievements of my University career,” she told us in 2017, when the Institute celebrated 10 years. “It created these wonderful and fruitful connections among colleges and campuses. I am pleased that our vision from so long ago has been so well realized.”

It’s a testament to her legacy, however, that IonE is just one of the many corners of the University that Deb Swackhamer touched. She was faculty at the School of Public Health and the Humphrey School of Public Affairs, and she served as co-director of the Water Resources Center. In these roles, Deb touched the lives and work of thousands of students and colleagues. Her contributions to the broader scientific community and public policy were also expansive, including high-stakes, influential service as a scientific advisor to the International Joint Commission and the Environmental Protection Agency.

There’s no easy way to sum up a life like Deb’s – which is undoubtedly the point. There are countless stories, innumerable points of impact.

To honor the role Dr. Swackhamer played in the creation of IonE, we asked some of her fellow founding committee members to share reflections. Their words are below. If there’s one thing I know, it’s that legacy lives in people – and Dr. Swackhamer touched so many.

Deb leaves big shoes for all the rest of us to fill. I feel that every day, and I do my best to live up to her vision for IonE. I’m committed to carrying that vision forward, and I invite all members of the IonE community to strive for impact that benefits all people – just like Deb showed us how to do.

With gratitude and respect,

Deb Swackhamer was smart, funny, and visionary. She had a unique way of communicating complex concepts, and as a result became a nationally recognized leader and communicator, even appearing on the Rachael Maddow show. Her impact on the University of Minnesota system was broad and deep; serving as a faculty member in the School of Public Health, and the Humphrey School, and co-director of the Water Resources Center.

In her capacity as the chair of the committee that developed the Blueprint for the Institute on the Environment, and as founding director of IonE, she insisted that the Institute would be a fully system-wide entity. That role led her to be named to the Natural Resources Research Institute’s Advisory Board, where she served for many years, always advocating for a holistic view of environmental issues. Deb’s impact in the state was [also] profound; among two of her most influential leadership efforts were the Statewide Conservation and Preservation Plan (2009) and the Minnesota Water Sustainability Framework (2011). Deb was also an effective science advisor, serving on the EPA’s Science Advisory Board and the Board of Scientific Counselors, and the International Joint Commission’s Science Advisory Board.

I am not alone in having benefited greatly from Deb’s friendship and her professional mentoring. Her warm demeanor, incredible work ethic, and ability to balance her personal and work life were an inspiration to me over my entire career at the U of M. She will be sorely missed.

Dr. Swackhamer’s visionary leadership helped drive development of the Blueprint and organizational structure for the Institute on Environment. She helped the Blueprint team members coalesce and come to consensus on many thorny issues. Her efforts as founding director helped the University become a major national leader in addressing environmental issues through IonE.

In addition, her leadership and vision helped advance my career by enabling me to find and collaborate in meaningful ways with scientific colleagues from other colleges and campuses that would not have previously been possible without IonE.

Deborah Swackhamer was a champion for the environment, for public health, and for the truth. She had tremendous integrity and the courage to stand up for what was right. She was also a tremendously warm and caring person with a wonderful laugh.

I got to know Deb well when we served as co-chairs of the advisory committee tasked with forming the blueprint for the Institute on the Environment. Deb had been the co-chair of another committee on strategic positioning. As part of the strategic positioning process, Provost Tom Sullivan challenged the committee to come up with new and innovative ideas. Deb’s new and innovative idea was to start a system-wide environmental institute. She articulated a need felt by many engaged in environment research that although the University had an amazing array of environmental talent, we were spread thinly across many colleges and campuses without a core and were not reaching our true potential. As she succinctly summarized the state of affair by saying “Currently, we’re less than the sum of the parts.”

During the summer of 2006, Deb and I talked with administrators, faculty, and students across the University of Minnesota system and with center directors from across the country, to gather the best ideas for what the new Institute on the Environment should be. Deb was a great ambassador for IonE. She presented a compelling vision. She was also a great listener. These characteristics generated a lot of positive excitement about the Institute and diffused doubts by some department heads and deans about starting a new Institute not under their control. After we launched the Institute, Deb served as the initial interim director.

Deb was a person I truly admired. You could count on her to do the right thing. She faced tremendous pressure at several points in her career. Industry groups attacked her research when it showed that certain compounds were public health hazards. In the early days of the Trump Administration, the administration pressured her to change her Congressional testimony, which she refused to do. The Trump Administration later removed her as Chair of EPA’s Board of Scientific Counselors. Anyone who wants to see a profile in courage should watch her testimony before Congress and her appearance on the Rachel Maddow show describing the pressure she faced.

Deb was rigorous and relentless in her commitment to protecting public health and the environment.

One thought on “Remembering Deborah Swackhamer”