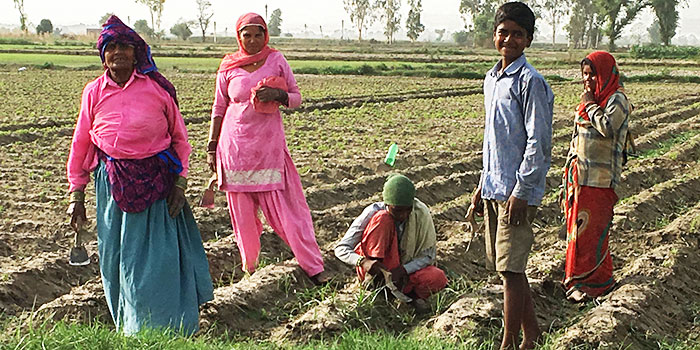 It takes a lot of water to grow food.

In fact, agriculture accounts for about 80 percent of global water consumption, according to a recent report by Institute on the Environment’s Environment Reports.  And although the world population is growing, the amount of fresh water is not, so finding ways to conserve it is paramount.

Enter MyRain, a company that distributes drip irrigation technology in southern India. MyRain was initially developed in an IonE-sponsored Acara course that teaches students how to develop viable start-up businesses that aim to solve social or environmental problems. The founders of MyRain then received fellowship funding from Acara to launch their initial pilot.

MyRain has been named a Securing Water for Food program innovator for its ability to offer drip irrigation in places it has never been before. Securing Water for Food is a collaboration of the U.S. Agency for International Development, the Swedish International Development Cooperation Agency, the Government of South Africa, and the Ministry of Foreign Affairs of the Kingdom of the Netherlands that helps farmers around the world grow more food using less water.

Watch the video to learn about MyRain’s “secret sauce” that makes it easier for small farmers to install drip irrigation.

SusTunes was spectacular!
2016: A year of globe-spanning partnerships at IonE